Where Do These Kid Runs Lead 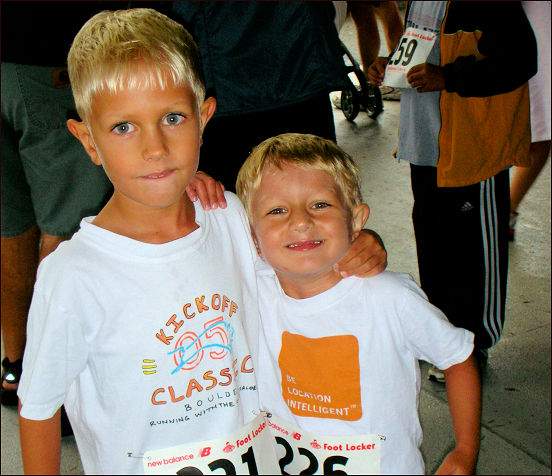 When you love something, you think everyone around you should love it too! Alex’s first road race was the Longmont Turkey Trot 10K in 2000. Only a few weeks pregnant, we ran a comfortable 57 minutes. In June he completed the swim of a triathlon and the Bolder Boulder 10K before arriving on June 15.  Jack came along 23 months later with a couple of 5Ks on his resume.

Right off the bat Alex took to all sports, but even at 5 soccer was his favorite. Jack followed along trying everything from soccer and basketball to hockey and flag football when we moved here. Swimming was the only required sport. When given a choice between swim team or swim lessons both chose swim meets, pizza parties and trophies.

Our first family run in Albany was right after we moved - the Altamont 5K. The boys did the kids race with some gentle prodding then we walked away with an age group award for me and 3 raffle prizes. I thought for sure the fun raffle prizes would hook them. When given the chance to participate in a kids’ run, the response was usually “do we have to?” They did the kids runs and kids triathlon at the Southern Saratoga Y only because I was involved. 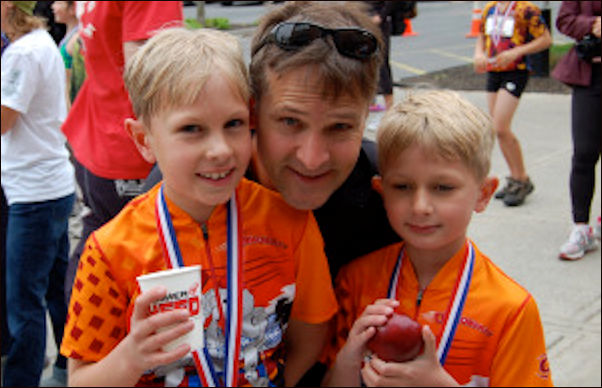 Dad with Alex and Jack

I resigned myself to being a soccer, baseball and basketball Mom. As the years ticked by (they are 15 and 17 now!) some sports fell by the wayside. The last to go was soccer and I really miss the games and soccer families.

The summer after 7th grade Alex decided to do a summer run camp with the HS coach in hopes of getting faster to make the modified soccer team. The first day was rough (and is the topic of his college essay), but over the course of the summer he grew to enjoy running. So much so that he decided to run cross country instead of trying out for soccer. He continued playing travel soccer and balanced the two and pretty much never had a season off. The following summer Jack jumped in on the Outliers program. Each day they would run and then head to swim practice for an hour. 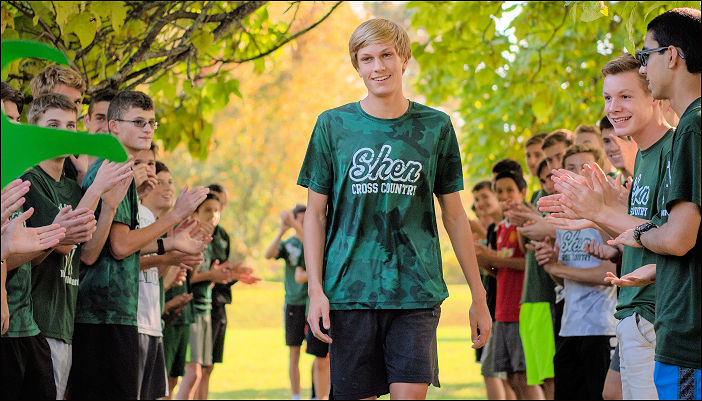 Alex Being Honored by Teammates

Alex’s running career started at the back of the pack in 8th grade but with each race and during each season he moved up. A quick study, he ran varsity at Sectionals his freshman year. Running with the older boys, who served as incredible mentors, allowed him to grow as an athlete and get faster. He and a teammate were tapped as captains well before their time. As a result, running has allowed him to develop leadership skills and gain maturity. Just a week ago he joined me on CBS6 to promote the Veterans Day Dash. At his age I NEVER would have gone on TV! Today we drove home from an official visit at a Division 1 school talking about running in college and academic options. More on that in another article! 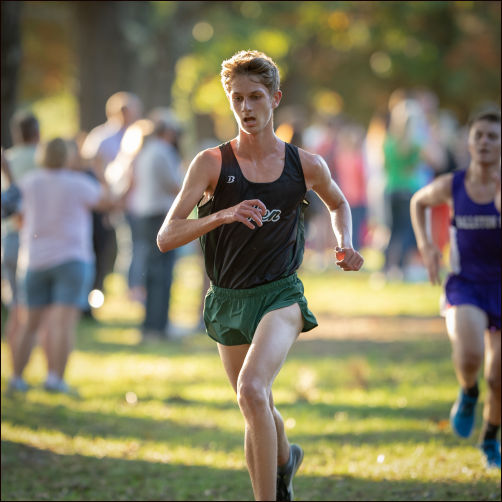 I absolutely love watching Jack run. He holds his form even as he tires and puts his heart into each run. He looks to learn for his coaches and loves talking about his workouts. He hit 4:52 for 1600 just a couple of weeks ago and ran a big PR at Suburbans at SPAC.  Watching the MAAC Championships at the Crossings he remarked, “I could run with these guys.” I believe he can and if he wants to he will!

My heart is so full at every cross country or track & field meet. How lucky am I? My boys are passionate about my passion! On the baseball field or soccer pitch I never would have thought I’d be driving around the Northeast to running events with the boys. After teaching in the business school at CU Boulder I promised myself never to push my kids into a sport. I had more kids come to my office in tears because they were a D1 athlete who had lost the passion. Their sport had become almost a business and they didn’t want to go to work. If the boys decide they want to quit running, I’ll support them. After all we all know it is a lifelong sport, so they’ll be back. But more importantly it is about their passion and the love in their heart. We will always share these experiences and for that I am eternally grateful. Running has personally brought me so much joy. It’s why I try to share it with as many as possible. To be able to share it with my kids - the best. 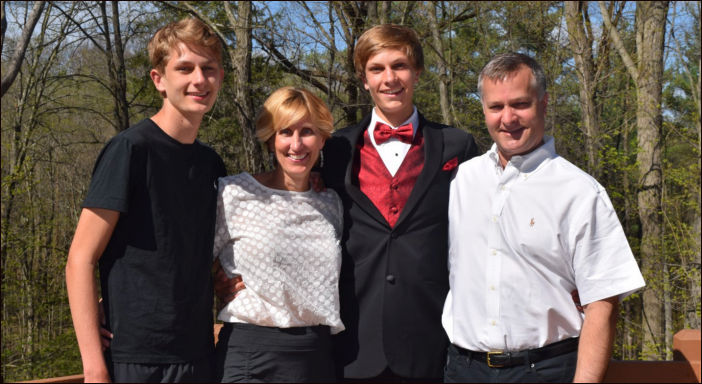