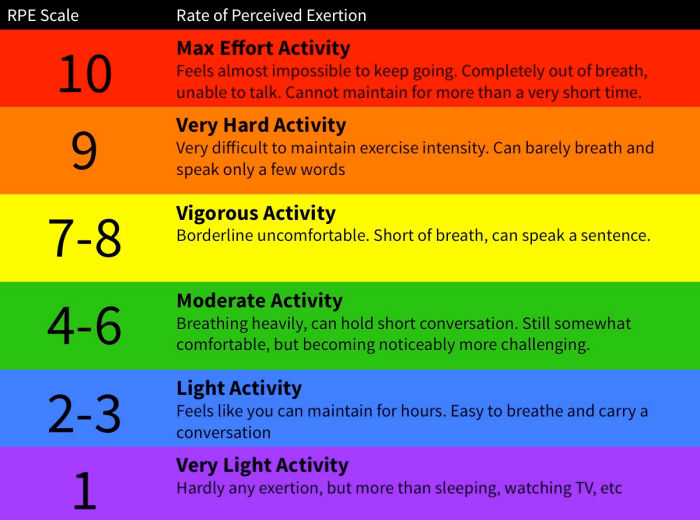 We are blessed to have so many advances in technology to help us gauge our racing and training. I am a proponent of the GPS technology and using that information to help guide us in workouts and in races, but the addiction to these devices has cost many of us the art of pacing. The athlete's watch is a tool that should work for them, but instead they become a tool working for the watch.

A tried and true way that is once again gaining traction in training and coaching circles is the Rate of Perceived Effort (RPE). Unlike the other methods of monitoring effort, RPE can be taken with you and used in any run forum, and to me is the most dependable method of measuring your efforts. Don't get me wrong, I am not suggesting you throw out the GPS or cancel your Strava subscription. However, using the RPE will help you learn your body and what your efforts are whether you are training on rolling hills, racing along a bike trail on a hot humid day, or running intervals around a track in gale force winds. To quote Jason Koop from his book Training Essentials for Ultra Running “when you are scrambling up a 25% grade in a cold thunderstorm at 10,000 feet above sea level, 65 miles into a 100 mile ultra-marathon, what heart rate would define lactate threshold pace? What minute-per-mile should a mid-pack ultra runner aim for in that scenario.” Let's roll it back a year to the Boston Marathon when runners were battling cold rain and winds. Or the Mohawk Hudson Marathon\Half Marathon in 2017 when temperatures were in the 70s, humid, with a headwind. Consider racing a hilly cross country course or trail race lathered in mud? How do you gauge effort on your watch or heart rate monitor?

Your breathing rate is driven by the carbon dioxide in your blood and the need to expel it from your lungs. As we increase the pace, more glycogen is employed for energy, creating more lactate, the levels of CO2 rise, and our breathing rate is increased. Heat, humidity, hills, wind, altitude, fatigue, all change the effort for a given pace.

Here is when the RPE comes into play. Learning how to use it is something many of us inherently know, we just need some practice and guidelines for putting it into use. Let's use the scale of 1-10 with a 3 being a brisk walk and a 10 being VO2 Max.

A pace that is slow enough to carry on long conversations. Lots of lies are told during recovery runs.

The breathing is steady and comfortable but we steer clear of run-on sentences. This is conversational pace.

This is on the high end of your aerobic threshold and just below your lactate threshold. Breathing is steady, deeper, and speaking more than a few sentences at a time is not suggested.

This is a pace you could hold for a one hour race.

Breathing is deliberate and concentrated and the type of conversation you have at this pace goes something like this:

Running friend : Wanna get a bite after?

Your reply: Maybe. Talk about it later.

VO2 Max Breathing is fast and deliberate. Conversation would go something like this:

Running friend: Wanna get a bite after the workout?

Your reply: Shut up.

To gain trust in using the RPE method, implement it when you have your GPS on under ideal conditions. Don't look at your watch, but check afterwards. For runners who are obsessed with numbers, look at it after the workout is loaded on your computer (or on Strava). You may learn about your pacing in workouts and possibly that you have been over zealous in previous workouts.

Ryan Mitchell and I did a series of VO2 Max tests with the Albany Running Exchange Athletes at Sage College a couple of years ago. Athletes ran a treadmill with a mask connected to a metabolic cart. We increased pace by 1k per hour every minute. Since runners couldn't speak with the mask on we would have them hold up fingers communicating the RPE. That number was recorded next to the number of minutes into the test. We could then profile it next to the graph with rising CO2, heart rate, and oxygen consumption (NOTE: When runners could no longer increase the amount of oxygen their blood could absorb, they were at VO2 Max). Looking back it was uncanny how accurate the athletes were in perceiving the effort expended. Everyone of them hit the nail on the head with regards to their RPE and the numbers recorded on the metabolic cart.

In closing, continue to use your high tech gadgets, but if you aren't using the Rate of Perceived Effort at least some of the time you are not using every tool in your tool box. Use them apart, use them together, but become familiar with RPE because when everything else fails you, RPE will not. 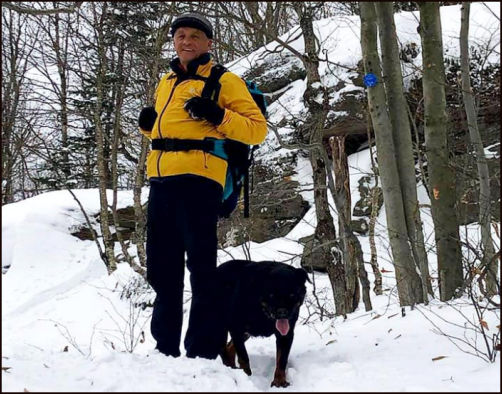 Dick now holds a Level 3 USATF Coaching Certificate, the highest level of certification, which can be earned from USATF. Additionally, he holds a Level 5 certification from the International Association of Athletics Federations (IAAF), passing the IAAF Academy Elite Coach Course in Endurance with distinction. In addition, he is the full time coach of the ARE Racing Team and offers private coaching sessions.