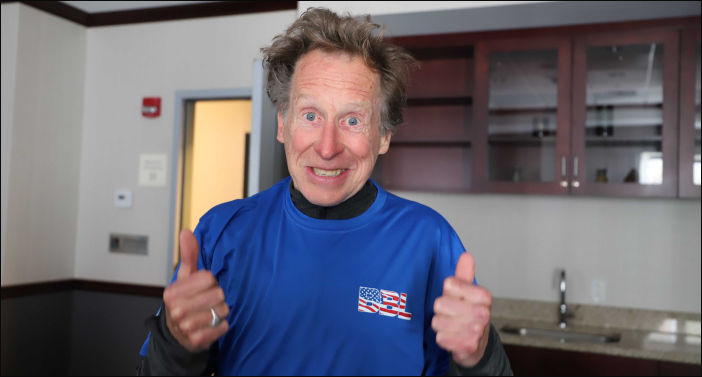 For this interview I spoke primarily with Steve Obermayer, BBL CFO, and Carrie Hillenbrandt, SVP of  BBL Hospitality, was in attendance.

A. BBL is a design-build construction company founded 46 years ago by Don Led Duke, Bob Barry, and Michael Bette.  Thus the initials BBL. We are one of the largest commercial builders in Upstate NY.  Over the years BBL has diversified its operations and today includes BBL Hospitality, a full service hotel and restaurant management company and BBL Management Group which provides property management services for our commercial properties..

BBL is large now but it was small when it started. Donnie Led Duke founded his first company in the ’70s and later merged with Mike Bette  and Bob Barry. The company had a lot of success and growth in the ‘80s and ‘90s.  It was a wonderful partnership and it created a lot of opportunity for people and built excellent projects throughout the country. 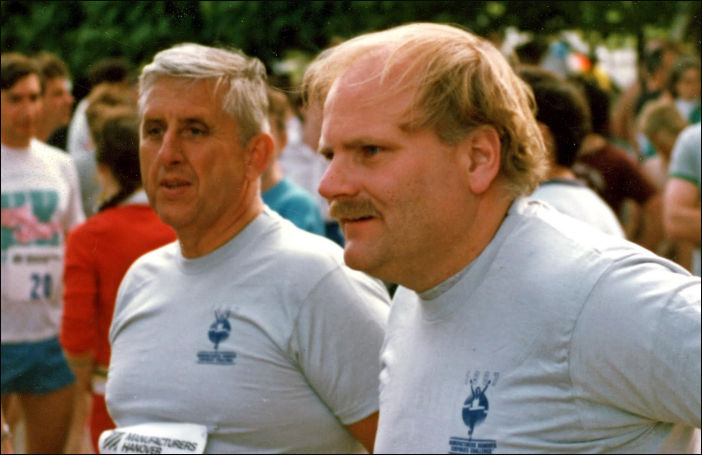 The Hilton Garden Inn at Albany Medical Center, one of the hotels in our portfolio, is unique in the sense that we partnered with the Medical Center for the needs of not only the hospital but the residents and businesses here in the Park South/University Heights area.  The lower level of the hotel includes our first  Recovery Sports Grill which opened in 2007 and except for an unexpected pipe rupture six months ago, it’s been really successful. The Recovery Sports Grill restaurants were Don’s baby and are found in a number of locations near our hotels.

Q. How did you get involved in running the Workforce Team Challenge?

A. I had a job right out of college and that company had a team. Then when I joined BBL, they had a team that has grown since and now has 105 members.  We have a lot of fun with Workforce Team Challenge.  It’s a great team building activity and the beauty of it is that it spans all age groups.  We have young people who embrace it and we have older folks like myself.  We have people who are in great shape that have run the Boston Marathon and then we have folks who this will be their biggest athletic event for the year and they look forward to it.  We also have people who are running it for their first time.  All different types of people run it from project managers, construction tradesmen, finance people, folks in hotels to restaurant employees.  It’s a great chance for everyone to get together. It is a real team building event. 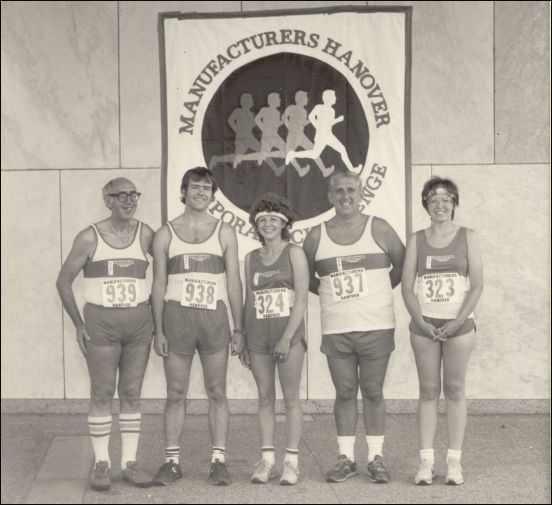 Mike Bette (4th from left) was one of BBL’s founders, and Mary Ellen Cusano far right. 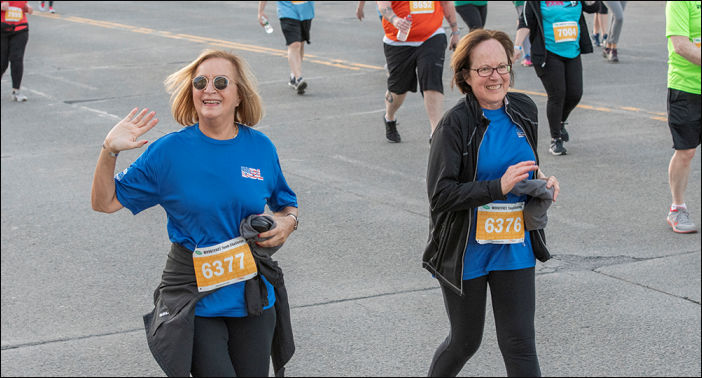 Mary Cusano on the far right is still running it today!

Q. How many years have you been doing this?

Since the mid ‘80s and so has BBL.  When we ran it was called the Manny Hanny (Manufacturer’s Hanover) and in the picture above you can see a picture of BBL’s founders from the ‘80s and you can see how excited they were as they were getting ready for the race.

It has become a great tradition and it is a fantastic community asset for the whole Capital Region. I think sometimes it gets glossed over but where else can you find 10,000 people from all walks of life coming together to celebrate athletics, our local heritage and culture.  The crowd of runners and people there are so full of energy and enthusiasm.

It’s about wellness for our entire community. Wellness is something that companies are working on now and this is a great way to implement it.  People get ready for this for months. It promotes healthy living and they want to be a part of it because their colleagues are doing it and their company is supporting it so they get really into it.

Carrie was at a Heart Association luncheon today to promote heart health and a lot of the women there were excited as later they would be running in the Workforce Team Challenge with the support of the companies they were from. In addition, one of the women in attendance has a daughter who at 18 had a pacemaker put in and she is now running. She went to her cardiologist and asked if she could run a half or full marathon and he said, “Good luck! Go ahead and do it.” She has run a couple since then and recently did NYC Half Marathon. Carrie’s husband is running in the race as well for his company and he loves it.  He always looks forward to it.

Q. How many times have you brought Bill here?

This is our second year.  We met him in Florida at a Half Marathon and he sat next to me and after talking with him, I came back and told Carrie that he would be a neat guy to have at our sales and marketing meetings.   We thought that this place is a great fit for him. Our clients recognize him too.  One came running up to us and asked if it was Bill Rodgers.  We told him yes and then he said, “I am an avid runner and I idolize him.”

Bill is so friendly.  He will talk with everybody.  He is a great ambassador for running.  I am going to let Bill speak for himself but he strongly believes that man is genetically designed to run.  He thinks there is nothing more important or natural than to run. His friendly demeanor makes him so approachable and likeable.

At the end of the race, the Recovery Sports Grill has a big party and not just for BBL but other organizations too.

In addition to this event, there are numerous 5Ks, which are a great way to keep yourself in shape. The HMRRC sponsors many as does the Albany Running Exchange along with many other groups who put them on as  fundraisers.  On the weekend, if you can find a 5K go for it.  It forces you to go out and train during the week a few times as well. It’s strictly recreational and each year, as you get older, you add a minute or so to your time, but it’s still fun.  We grew up playing sports and participated in a range of them when we were in school.  As you progress in life and graduate from school, running is one sport you can easily continue with either individually or as a team. It’s very economical and  a great way to clear your mind and put things in perspective.   It’s also a great thing to do if you are stressed. Finally, it helps with your weight so you won’t have a body that looks like it’s designed by Ben and Jerry’s!

We thank the HMRRC for sponsoring such a great race for the community and are happy to show our gratitude by bringing Bill Rodgers, a running icon, to meet and greet members of our community and run with them. 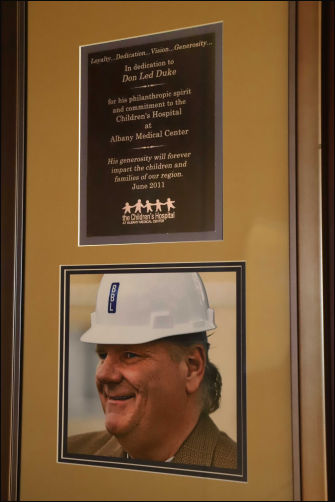