A Journey of 26.2 Miles Begins with a Single 5K 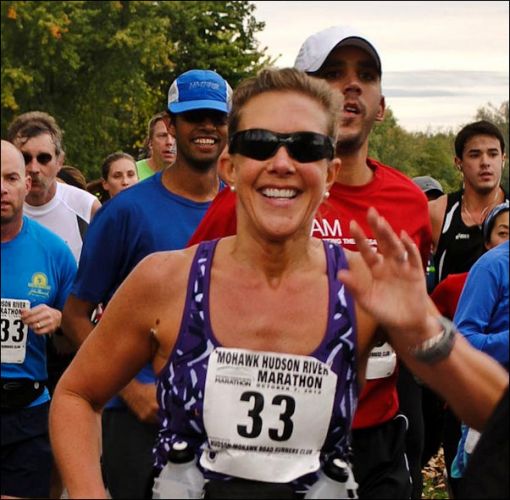 I was asked to write about my journey from running 5K’s to Marathons. Let’s call me a “late bloomer” as far as athleticism is concerned. I played soccer and field hockey in high school, but nothing with any great passion. The idea of exercising in college was limited to 12-ounce curls. I became a parent in my mid-20’s, and spent most of my time either working or raising my two children, actively watching their athletic endeavors: hockey, skiing, basketball, football and soccer.

As they grew older and more independent, I started to have more time to pursue my own health and fitness. I joined a Planet Fitness in 2007, and began incorporating exercise into my schedule. Among the activities in the gym, I always spent some time on the treadmill, and began a walk-run routine. As I started getting more fit, I was able to increase the amount of time running against the walking breaks in between. I was ready for the road!

My first actual 5K was the SEFCU Labor Day race in 2009. My time was 25:36 – which of course was a PR! I had run with some friends and their family members, and we enjoyed camaraderie before and after the race. I was hooked! At the time, though, I couldn’t imagine running or racing further…I don’t know if I said it aloud, but I didn’t think I ever could, or would want to, run 23 more miles just for fun.

I spent the next year running a 5K race every month except January, with mixed results – looking to perform better each time and learning about how different temperatures and terrains affected my results. I decided it was time to try a longer race – my first 10K. This was the Great Pumpkin Challenge in Saratoga. That went pretty well – I finished in 50:15. The next logical step, I figured, was a 15K. I had my eye on the Boilermaker, but my friend, Cynthia, suggested I should just go straight to a half marathon.

My friend had been a runner for 30 years and offered to train with me. Thank goodness! Those long runs wouldn’t have been easy as solo adventures that first year. It was so much fun to have quality time with her, while building up endurance. Aside from a sciatic nerve issue two weeks before race day (I learned the value of chiropractic care and sports massage in a hurry!) we approached the start line knowing we were ready.

Many of my friends have described the Half Marathon as the “gateway drug” to running full marathons. I would have to agree! I finished the Half in 1:56:48, and thought, “that was so much fun…I should try a full marathon!” 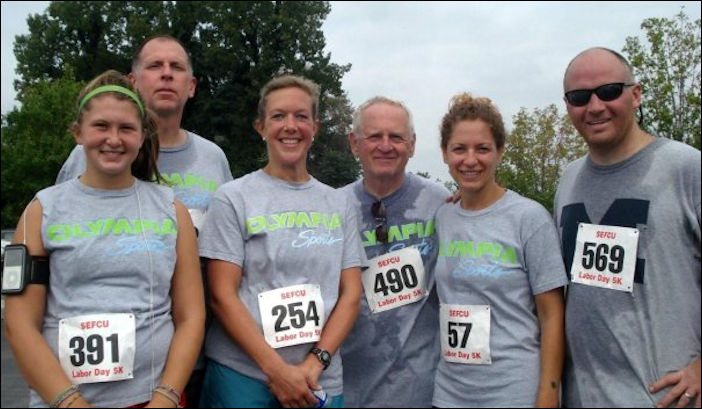 The best advice in preparing for a marathon came from my half marathon training partner: Join a training group. There was a Hudson Mohawk Road Runner Club training group that began in May of 2012 in preparation for the Mohawk Hudson River Marathon that fall, which was just a wonderful group of supportive runners that became friends over the many Wednesday and Sunday miles we spent together. Some of them have remained good friends and running partners throughout the years since.

Obviously, marathons aren’t for everyone. There’s no way around logging hundreds of miles, arranging your life, diet and social life around training runs (and training runs become your social life!), and learning just how many different parts of your body can chafe. 17 marathons later, I’m glad I took those first 5K steps. 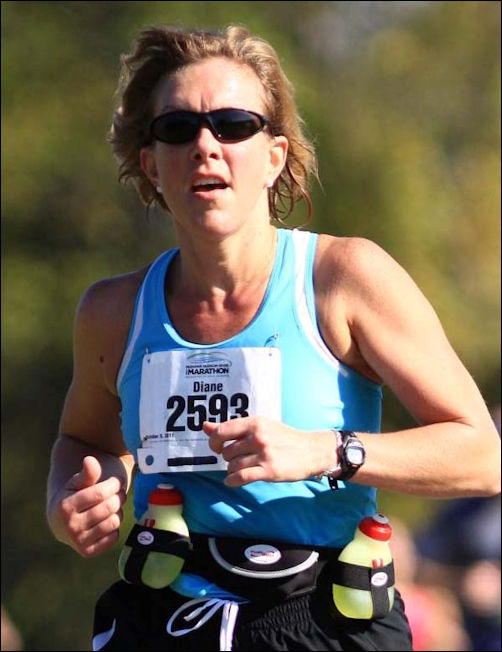