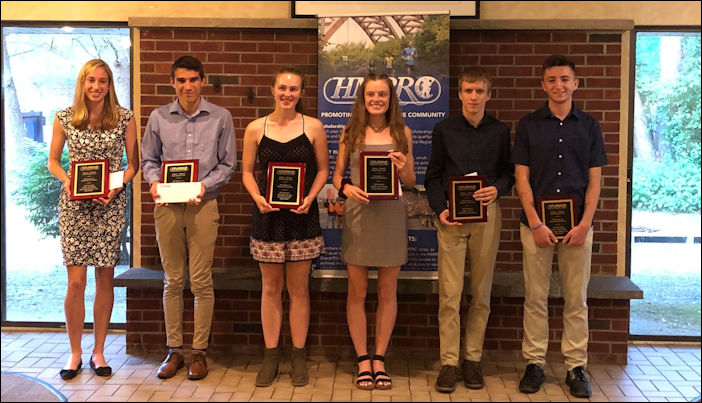 Every year the HMRRC awards six $3,000 non-renewable scholarships to students who have distinguished themselves in running and academics.  These scholarships are part of a broader mission the club has to promote running within the community. 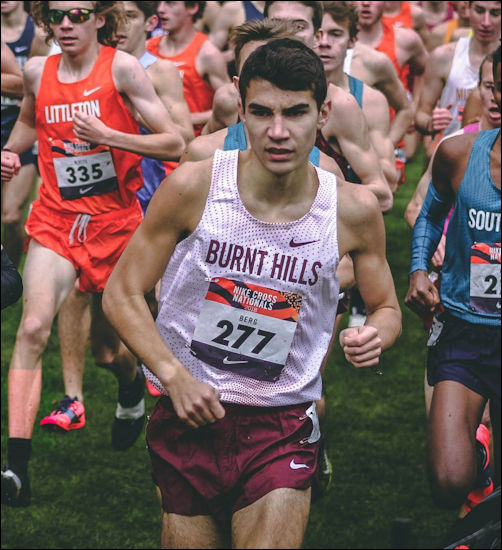 Tyler Berg, of Burnt Hills-Ballston Lake HS, attained All American status in track (he holds the school record in the 3,200M, 5,000M & 4xMile), was a member of the NYSPHSAA Team Champion in 2016, 2017, and 2018, and twice qualified to compete in the Nike Cross Nationals in Oregon. This award-winning scholar-athlete (National Honors Society, National Math Honors Society, National Science Honors Society) also is active in school clubs; volunteers; and takes pride and joy in running races with his family, pushing younger brother Anthony in their “running chariot.” Beginning in the fall, 2019, Berg will run track and cross country for Columbia University in New York City. 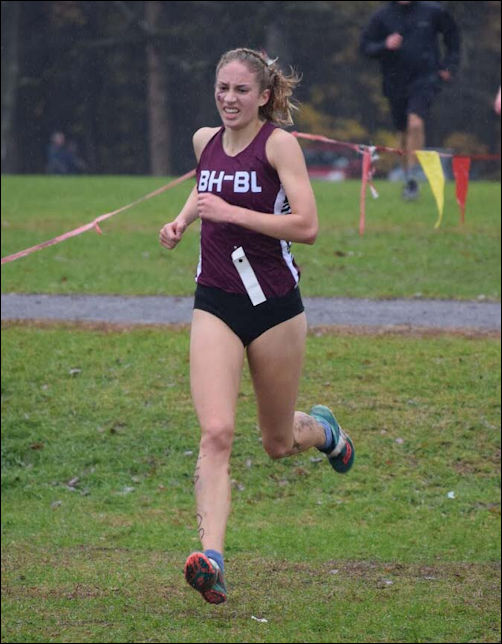 Rory Graham, of Burnt Hills-Ballston Lake HS, is the recipient of the 2019 NYSPHSAA Sportsmanship Award for Section II Cross Country. She finished in the top 20 in the State cross country meet three years in a row, holds two individual cross country sectional championship titles; she qualified to compete in the New Balance Nationals outdoor track meet; in indoor track she ranked 9th in the nation and owns the school record in the girls 1000M, ran 3rd statewide in the 1000M, and holds the sectional title in the 1500M. This scholar-athlete (National Honors Society, NYS Math Honors Society, NYS Science Honors Society) is active in student government, played trombone in the concert band (grades 9-11), and volunteers for STRIDE adaptive sports. Beginning in the fall, 2019, Graham will run Division 1 indoor and outdoor track, and cross-country at Manhattan College in New York City. 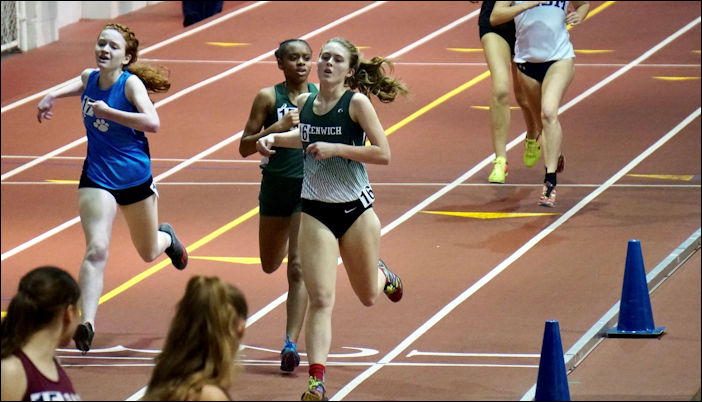 Annabel Gregg, of Greenwich Central High School, was selected as Captain of both her cross country and track teams. She and her team won two consecutive Cross Country State Championship titles; individually, she won numerous league and sectional titles in middle and long distance track events; and she qualified to compete nationally in the New Balance Indoor Nationals and Eddy Meet. She is founder and race director of the Run Fast for Flint 5K, to raise funds and awareness about lead in the water in Flint. This scholar-athlete (National Honor Society) also writes for her student newspaper and yearbook, volunteers at a local food pantry, and started her own business – BeeScent candles – to help pay for college. Beginning in the fall, 2019, Gregg will run cross country and track at Hunter College, City University of New York. 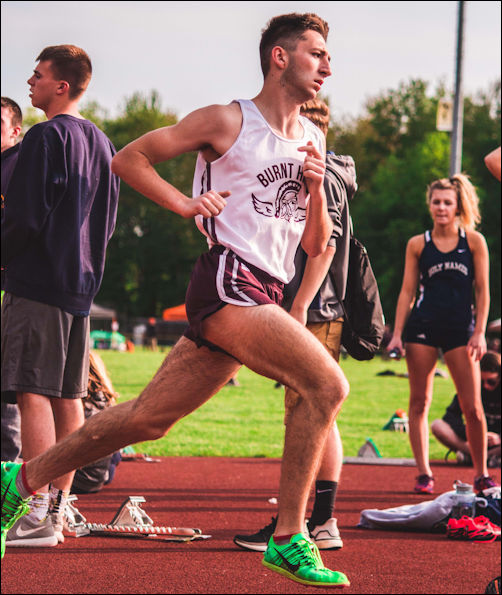 Nick Hunziker, of Burnt Hills-Ballston Lake High School, was both cross country and track Team Captain. He was a member of the BHBL team that won the New York State Cross Country championship three years in a row. He holds 11 sectional titles (7 team titles/4 individual titles) and was part of the school record-setting 4xMile team that placed second at the New Balance outdoor nationals. This scholar-athlete also is a volunteer tutor; a versatile musician, playing violin in the school orchestra, and performing in piano recitals; and has combined his love for running, photography, and design to produce running photography. Beginning in the fall, 2019, Hunziker will run cross country and track at Iona College, in New Rochelle, New York. 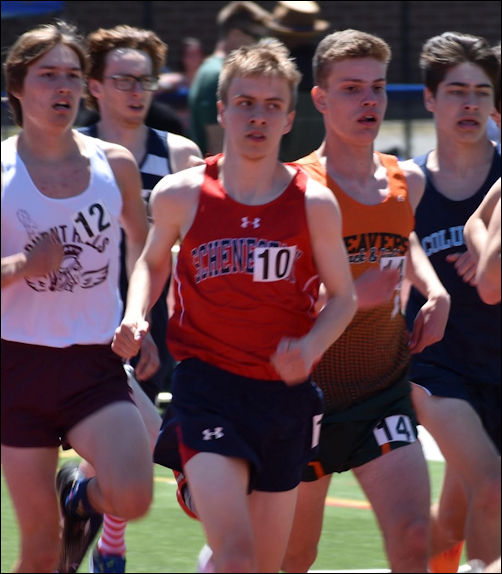 Isaac Menis, of Schenectady High School, was selected as Cross Country Team Captain in his senior year. Menis has left his mark in both cross country and track, setting outdoor track school records in the 2000 and 3000 Steeplechase, 4x800 Relay, Distance Medley Relay and 4xMile Relay; and winning the Greenwich cross country invitational in his Junior year. A trumpet player, he has performed in the school’s concert and jazz bands, performed at SUNY Oneonta Jazz Festival, and in the Schenectady Daily Gazette Holiday Parade. He also participates in the ACE (Architecture-Construction-Engineering) Mentor Program. Beginning in the fall, 2019, Menis will run cross country and track at the University at Albany, State University of New York. 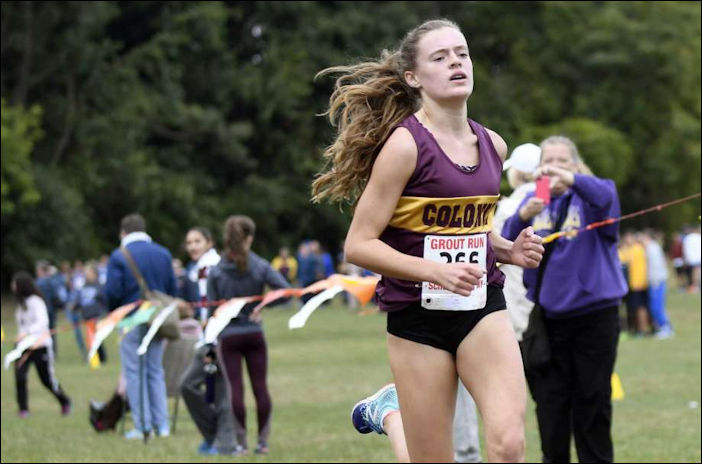 Kathryn Tenney, of Colonie Central High School, was selected as Cross Country Team Captain in her junior year. Tenney’s coach ranks her as the fastest female cross country runner in Colonie High school history, having won 12 races in her HS career. In 2016, she received All American honors when her team finished 6th in the 4X1Mi at the Outdoor Track Nationals. She also qualified to compete in the New Balance Outdoor Nationals in steeplechase. She holds school records in the 4x1500M relay and 4x1Mi relay. This scholar-athlete (National Honors Society) is an active volunteer, including with Habitat for Humanity, the Northeastern New York Regional Food Bank, and as a math and science tutor. She is both a member of and volunteers with the HMRRC. Beginning in the fall, 2019, Tenney will run cross country and track at Marist College, Poughkeepsie, NY.