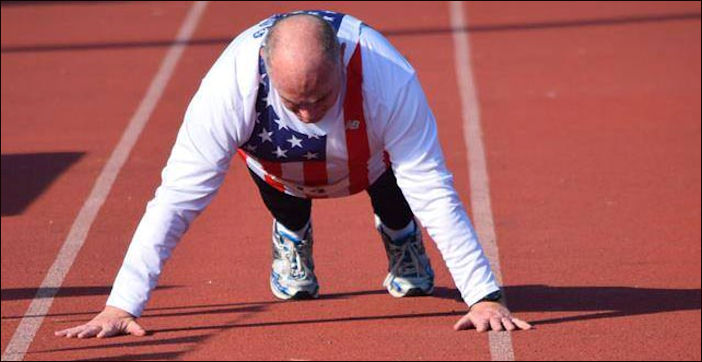 I went to the first Winter Series race of the 2018-19 season on December 9 and finished either last or close to it. 3 miles in 46 minutes, which is fine for my current ability at 70. Pace or time mean very little to me at this stage of my life. I'm happy just to be able to continue participating since I've had doctors tell me twice in my life that I'd never run again.

I stated beforehand that this day was going to be a major milestone in my race history. I knew it was coming because I've kept records of all the races I've run. The first being a 10K at GE in Schenectady in October 1978, at age 30. I was sickly as a child. Well, actually no, I wasn't. Rather, I was told and convinced that I would be. Rheumatic fever at age 10 left me with a heart murmur and doctors told me, “No exercise. It’s too dangerous so take it easy the rest of your life.” Medical science 60 years ago was crude compared to today. I'm quite certain had I taken it easy, I would have been dead long ago. It was around age 30 in 1978, that I decided that active was to be my way of life.

The milestone I reached at Winter Series #1 was 500 races in my lifetime. I've run races on roads, track and trails from 100 meters up to a half-marathon. 31 Stockade-athons (my all-time favorite), 26 times at the Hangover Half/Bill Hogan runs, most often the latter, 84 winter series races in all, and 10 to 15 repetitions of several other events. There was even a time I could also do 250 pushups a day. I threw put many Tuesday evenings at the Colonie All-comers meets for 25 years. Try sometime to toss a 16 lb iron ball across the yard after giving 100% running the mile. There's a special kind of pain involved that you'll have to discover for yourself. 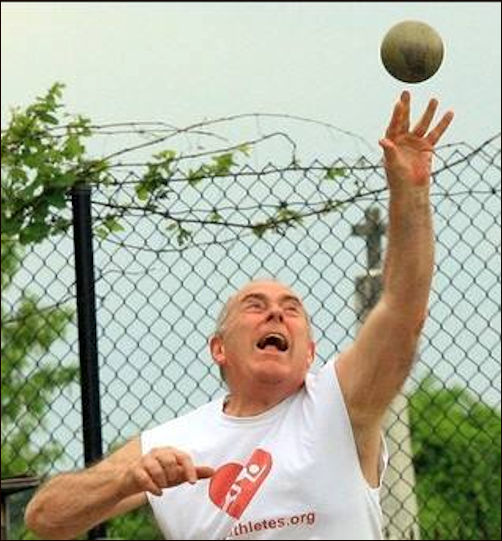 I was never all that fast, never a front-runner with notable speed or endurance. I got close to, but couldn't crack either a 6-minute mile or a 20 minute 5K. The first time I won any age group award, 1st, 2nd or 3rd, was at age 60 when the number of competitors thinned out considerably. That surprised me the first time they called my name, made me giddy for a short time. Now there's a storage bin in a dark corner of the basement filled with medals, trophies, ribbons, whatever. They don't mean nearly as much as the number 500. 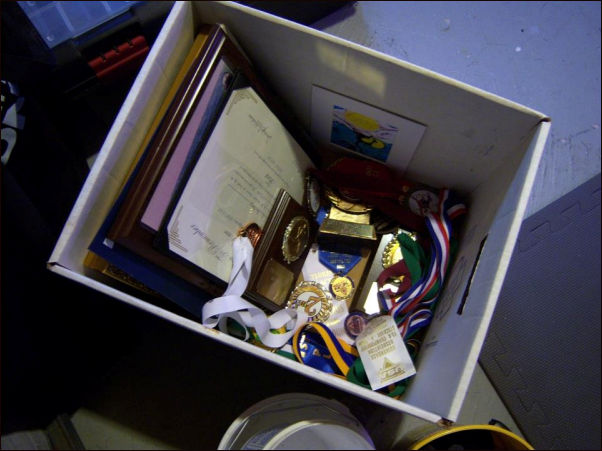 There were a few times that it almost ended, after which I was lucky to be able to come back. First there was a stroke on my 39th birthday in 1987, a very minor one. I wrote extensively about it at the time and there were no after effects.

Suffice it to say I was running a week later. The root cause of it though, was the heart valve defect which had to be fixed later. 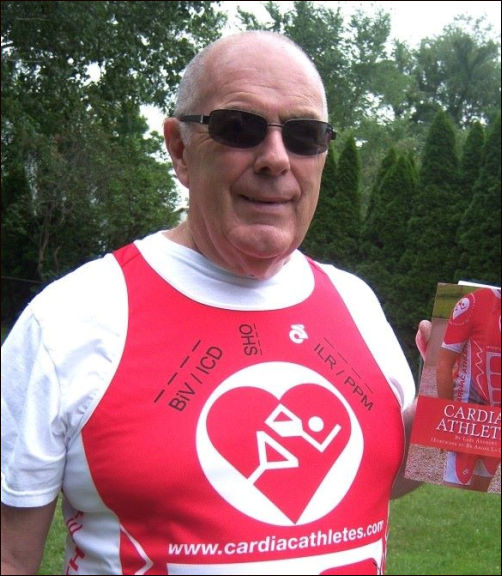 In 1991 at age 43, I got an artificial aortic valve implanted. At that time, it was almost universally assumed that open heart surgery would be the end of all strenuous activity, especially running races. When I inquired about it, the cardiologist was incredulous, but not entirely negative. Online social communities, which were in their infancy on the fledgling internet in 1991, were completely void of any such experience. What was one to do? After 6 weeks recovery, I ran again. After 6 months, I raced again. And again. And again. Prior to the open-heart procedure I had run 140 races, 360 since. The last time I went to the cardiologist his first question was "So, how many triathlons did you do this year?"

Because I was so vociferous about it from the beginning, the news spread across the internet and others learned what was possible if you dared. There is now a significant online community named CardiacAthletes.com of which I was a charter member. Now there are people whose stories of recovery make mine sound trivial. People have begun their posts with "I dropped dead at the finish line..." and yet returned to competition. There are some world-class athletes there.

In 2015 I had my first and only DNF at age 67. Through all those decades of running hundreds of races, there has been one and only one DNF. Suddenly, a sharp pain in the left hip forced me out of a 5K at the Crossings. The cause turned out to be arthritis in the spine, something insurmountable to this day. Now, I mostly walk and can run at most 5 minutes without risking serious pain that would put me in a walker for 2 months. I haven't stopped though. Walking 5k is still 5k. 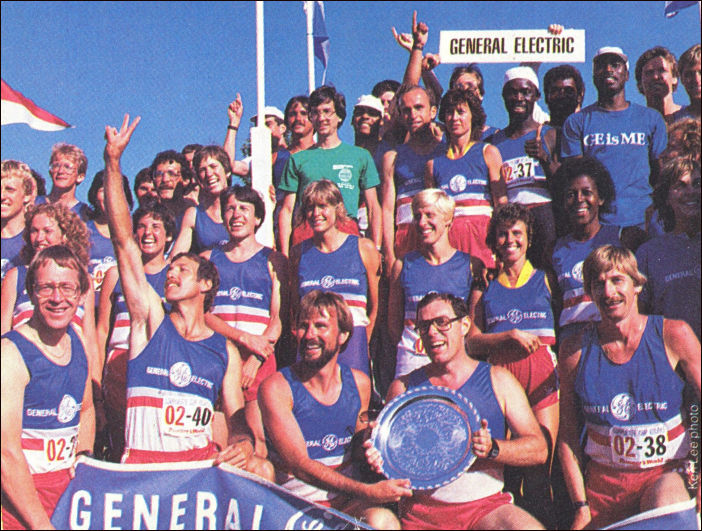 All the numbers and statistics are not really important though. What matters, what I remember most are the people I've known and the places I've been. Throughout the 80s and 90s I was an organizer of GE company teams for a number of events. The Corporate Invitational Run at Pepsico HQ in Purchase NY. Teams came from GE, IBM, Pepsi, Xerox and a dozen others. Corporate Cup Relays, track and field meets in several locations around the country with GE, Westinghouse, AT&T, IBM, Exxon, Arco, you name it.

On those teams were hundreds of GE people from all over the US and the UK. You might recognize a few of our locals, Jim Moore, Martha DeGrazia, Beth Gottung and Mike Stalker, Larry Lewis, Judy Serth, John Bannevicious, Jeryl Simpson, Liz Williams, Mark McKenzie, Karen Pratt, Dan Predmore, loads of others. On a few occasions, we had a busload of 35-40 people travel to one of those events. And where did we go? Purchase NY, White Plains, Binghamton, Syracuse, Turners Falls MA, Boston, Providence, and that's just nearby. I was fortunate to accompany the teams coast to coast, Waterville ME to Seattle WA, Baltimore MD to San Jose CA, Des Moines IA, Boulder and Fort Collins CO, Shepherstown WV and more.

That's what the milestone truly means, memories. Thousands of faces, hundreds of races, dozens of places, and little old me.

All the numbers and statistics are not really important though. What matters, what I remember most are the people I've known and the places I've been.