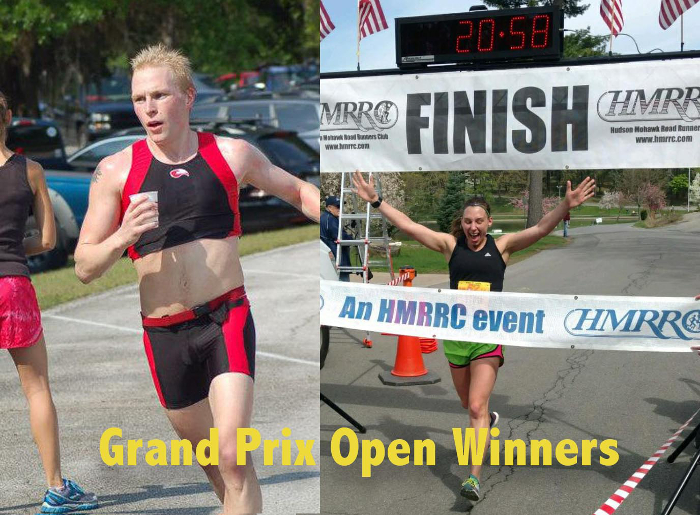 The HMRRC Grand Prix Series is comprised of 12 races. In total $9,420 is given in prize money to the top 7 in six categories with males and females receiving the same monetary amount.

All winners will be honored at the upcoming HMRRC Banquet on February 2 at the Desmond Hotel starting at 6 p.m.

Only active club members at the time of an event score points for that event. In total, $9,420 is awarded!

The Grand Prix prize structure for 2018 is as follows:

HMRRC events in the Grand Prix series include the following:

For each event, points are awarded by place.

Only six events are used to determine overall GP point totals. So, if a runner finishes first in four events (12 points for each first), second in three event (10 points for each second), and third (8 points in one event, his/her point total is 68 (with one of the second place finishes and the third place finish being dropped from the calculation).

Past Winners of Grand Prix