Running in My Life 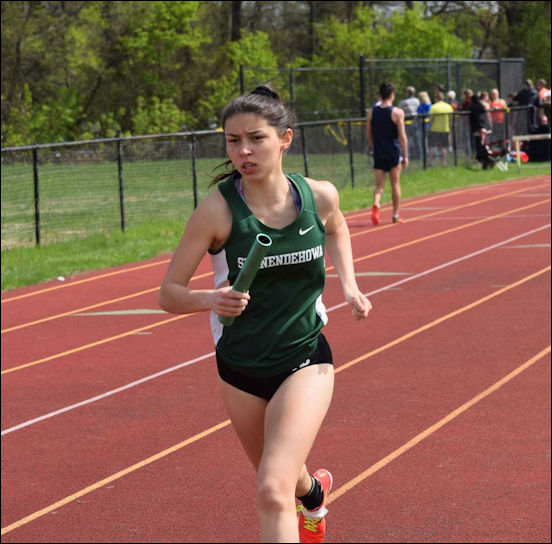 To be completely honest, running was not my passion when I first began. Sprints were used to chase after the soccer or field hockey ball, and endurance running was to avoid expending all my energy in the first half of a game. I used my first few years of Shenendehowa track and field to train for my main sport, field hockey, as well as travel soccer and Nordic skiing.

As my career in soccer came to an end, and my love for skiing dwindled, I began realizing that I loved the training for those sports much more than the sport itself. I found myself more excited and motivated for the pain that comes with running, but also the post-workout high that comes after. I loved practices, meets, my teammates, and everything just seems to fall into place when I walked on that bright red track. My teammates, new close friends and coaches helped guide me through the process that came next, while teaching me how to enjoy every minute of my years as a high school runner. 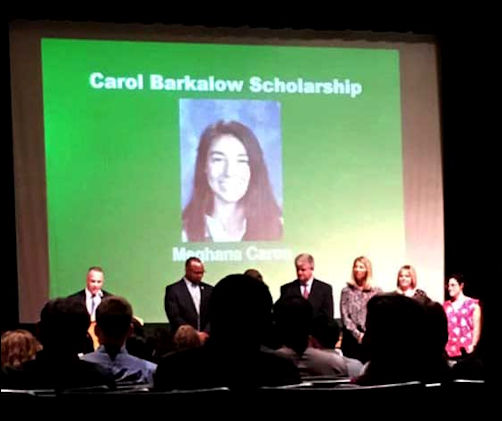 It was my third season of outdoor track and field when this entire concept hit me. I began to stand out from the crowd of hundreds of Shen kids and find my niche. It was that sophomore school year where I knew my career could not stop after high school. While searching for colleges to play field hockey for, I began asking more questions about their track and field teams and the ability to balance the two. I have to admit, it was a scary process, but I knew if I wanted to keep up my academics and both of my athletics, I’d have to work for it, and to me it was worth that extra work. 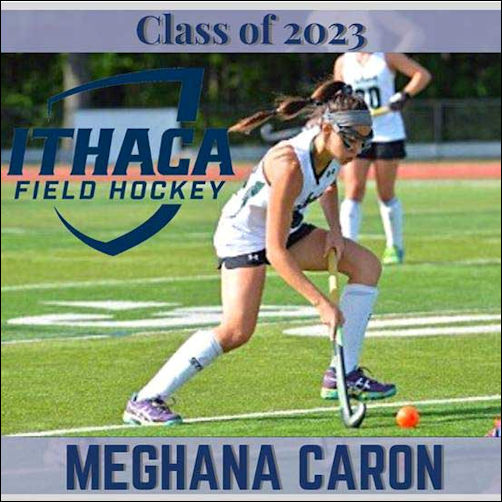 Fast forward a year later, I began getting in contact with several distance coaches who were interested in me as an addition to their team. One school that really stood out to me for all aspects of my collegiate experience was Ithaca College. It seemed to have had everything on my list including field hockey and running, as well as an incredible doctorate program for Physical Therapy. Instantly, I played favorites and kept that one track program in the back of my mind while comparing it to other schools. I chose Ithaca to continue pursuing the things I love, and here I am today, getting set to start freshman year. 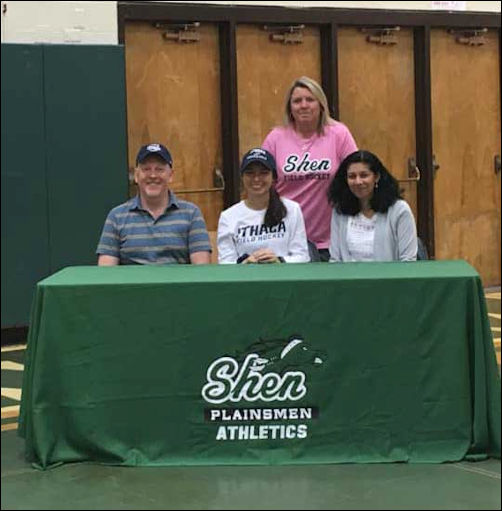 Meghana with her dad, Darryl , Mom, Mona, and Coach Fevola

Reflecting on my years as a runner was very important to me when pondering my future plans. On April 2007 I did my first 5k. Stumbling through the trails, at age 6 I ran alongside my father, finishing second to last at 53:39, and being awarded a brownie.  This was the start of my running career. Weekly throughout elementary school, I participated in Clifton Park Pacers at the YMCA alongside my older brother who had the same interest. We would meet up at the indoor track and run laps on laps. At the time, I would think to myself, who would want to do this day after day running in circles for fun?? Ironic, right? I continued to do the occasional local 5k, and began making Freihofer’s Run for Women an annual tradition. I started out the first few of many years in the kid’s 3k race, then worked my way up to the Women’s 5k. Still to this day I feel so lucky to be able to run alongside some of the most amazing runners, both locally and nationally. My personal change in heart for running resulted solely from the love of the sport. Finding the right activity is a difficult process with a beautiful result. I’ve experienced how long it may take until you find what you were searching for, and that it is okay to change your path. I found my passion and a new school to represent. 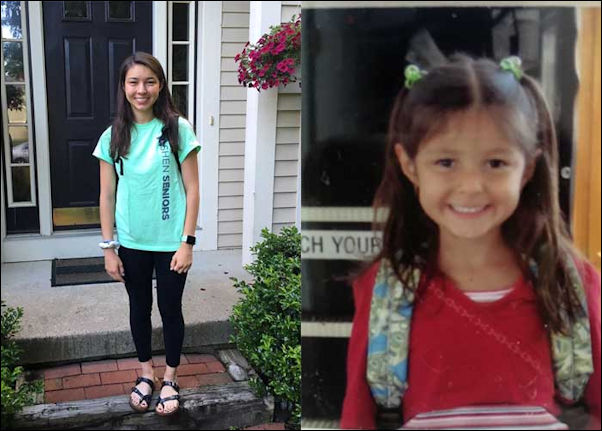 Meghana on her last and first days of school 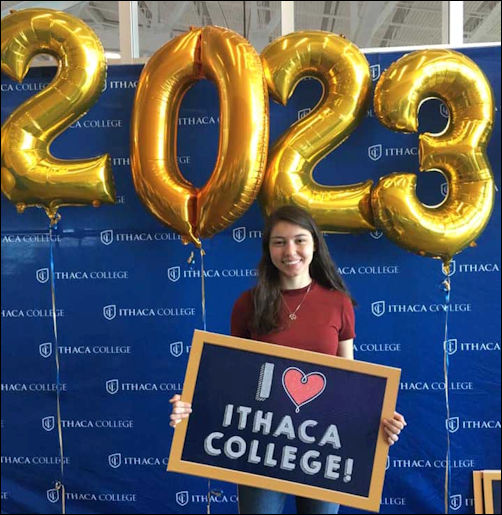