Running in the Heat – HMRRC Survey 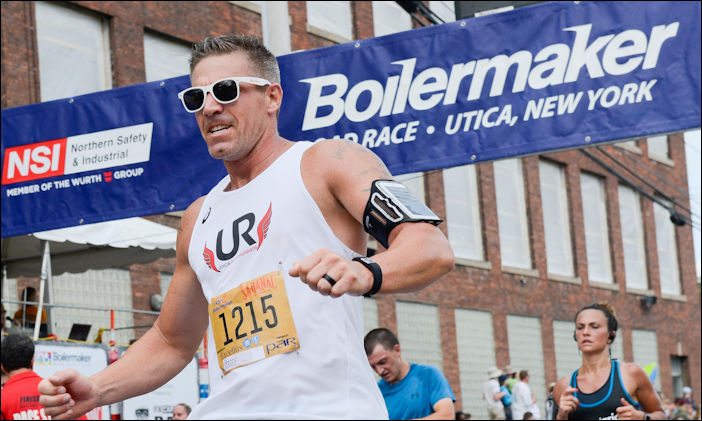 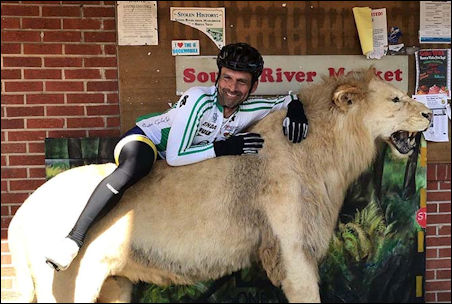 It's important to start hydrating the day before. I stay topped off with some type of sports drink. Morning of I will drink another bottle of hydration. Run early and look for shaded routes. Put out water/hydration and run shorter loops or place bottles some where along route. Cycling is a bit easier, because you can carry water/hydration and finding convenience stores along your route is pretty easy. For cycling I target a bottle every hour. On a side note- don't expect to perform the same on really hot, humid days.

I drink over a gallon of water a day, try and finish my run before 9 am, do runs where I can stop for water and make sure to have plenty of fluids ready when I finish.

If I have a while before my next race or it’s a high intensity workout, then I’ll get my workout in very early before the heat. If I have a race coming up soon that’s historically a hot one and it’s a low intensity workout then I’ll wait until later in the day to help acclimate to the heat. Since I’m primarily a long distance triathlete, most of my runs during a race take place in the early afternoon when it’s hottest, so it’s good practice.

I love the hot and humid summer weather, but they’re not optimal conditions for how I like to run. I sweat a lot when I run, regardless of the season, so when it’s really warm, it’s about hydration management for me. I try to run early, avoid direct sun, wear a running hat (they work better when wet), and definitely slow it down a bit. Carrying water (or locating a water fountain) on longer runs helps a lot.

It really comes down to being smart and not pushing it. Hydrate extra the day before (and during the run) and run early. The earlier the better. I’ll also adjust my runs to fit the weather. For example, if I have a speed workout and it’s too hot, I’ll swap days or modify the workout. I’ve also found that running with friends in excessive heat can be very helpful. While I don’t like to plan for something bad to happen, it’s helpful to have people around if the heat takes its toll and you need assistance.

Nothing really special. Go a little slower than I would have. I have learned not to bring my dog if it is too warm. Best if you can run in the woods where you can be in the shade. It is the same as extreme cold, just get out and do what you can. The human body is adaptable to all sorts of weather. When it is really hot be thankful it is not really cold and when it is really cold be thankful it is not really hot.

By running on the treadmill, running on paths that are shaded (or mostly shaded) and running with a hydration belts or bottles that attach to your hands. 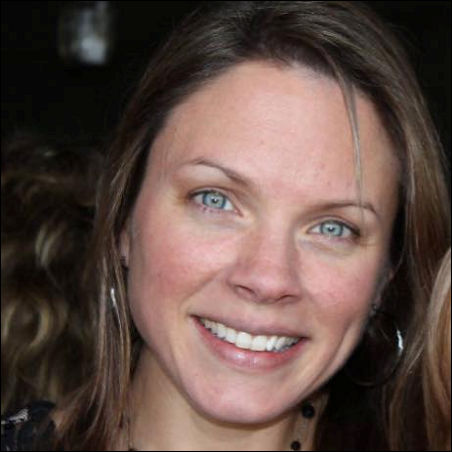 I cope for the heat by doing the usual things like ample hydration before and during the race. I make sure to drink an electrolyte drink after (Nuun). I’ve learned the hard way that I will feel like I have the ‘runner’s flu’ a few hours post-race if I’m not conscientious about the latter. I also cope just by getting my head in the right mindset. What an incredible gift it is to be able to partake in a sport where there’s minimal equipment (basically just running shoes, if you so choose) and you get to push your body to incredible limits while taking in miles and miles of outdoor beauty. So the heat is a small price to pay for the opportunity and the memories.

I slow my pace down, use hard candy to keep my mouth from getting dry. But instead of avoiding the heat, I run in the heat to get adjusted to it.

Finding runs that pass by or over creeks to dunk in, and during a race I'll put ice down my sports bra and dump cold water on my head/neck at aid stations. 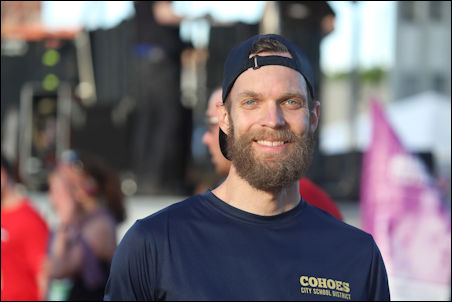 Hydrate more than you think you need to. Slow the pace WAAAAY down and just be content with getting in what you can. Sometimes the treadmill can be your friend. Also, it might be a good time to cross train with some swimming and/or bike riding. Your running could benefit!

I actually enjoy the heat more than the cold. The first few runs of the summer when the humidity and dew point are high are tough but I acclimate to it after that. I usually try to drink a glass of water before I head out, drink Powerade when I get done. I slow the pace as necessary when the temps are above 90. 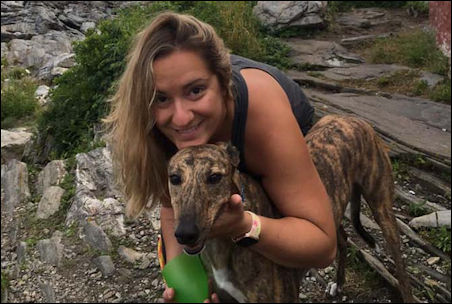 I either wake up really early or run late at night. If I must run during the day, I give myself the option to break it up by choosing a route near my house. That way, I can pause my run to grab some water or AC. I also will run near the gym so if I need to I can stop in there and finish on the treadmill. Running through neighborhood sprinklers is also a must!

I run very early! Carry plenty of water and make sure to drink plenty of water leading up to my run, and I take electrolyte pills while running is over ten miles. But confession, it’s not hot where I’m vacationing right now .

I slow down my pace considerably, run in the early morning and carry fuel/water.

Since the run portion of most triathlons happen later morning or early afternoon it is important for me to try to heat acclimate - although I admit I am a terrible hot weather runner.

Tips that help me... carry water, pick shady routes, and think cool thoughts ... not sure if that last one works but I know if I can run in the heat I’ll be faster in the cool. 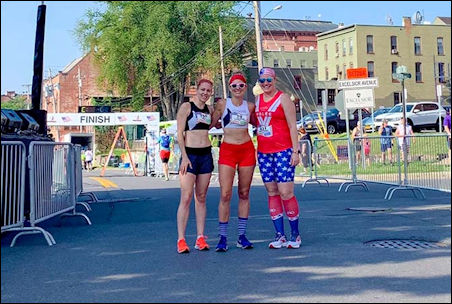 For a long run in the heat I do a bunch of short loops. I keep water, electrolytes and ice in a cooler in my car. After each loop I take a break to hydrate and stick ice in my sports bra.

Drink lots of water and run a bit slower keeping a close eye on my heart rate.

If it spikes, I know that I need to be backing off the effort .

Early morning and later evening runs; Run loops or routes where I know I have access to water in addition to carrying water; I choose trails or shaded routes; Break up longer runs into 2 parts. 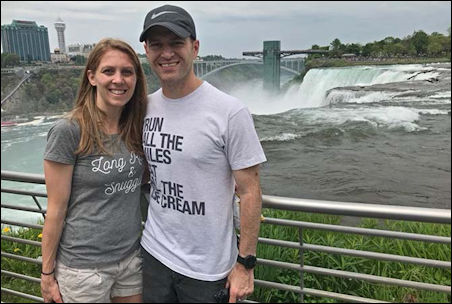 We wear light colors, make sure to have our hand held water bottles,  drinks lots of water before and Nuun after, and try to get out early.  If it is too hot, we may not run or wait for it to get cooler.

Running early in the morning, slowing down, or running on the treadmill, and heavily hydrating.

I don’t. I come out of hibernation in winter.

Hydrating is key! Wear lighter clothes and drop water along your route for drinking and dumping over your head and find the shadiest route you can for you and your run squad!

Lately I’ve been skipping runs but when I’m more motivated it would have to be running really early in the morning or later after sunset.

Shorter, slower runs to acclimate. Hydrate. I'm not bothered much by it after this past month.

I have done many including 100s in the heat. I did select races that most years were likely to have hot days. To prepare, I did my long runs in heat and if not hot enough wore long sleeve shirts and went midday. You don't have to do all long runs in heat but enough such it's not a total shock comes race day. If it happens not to be a hot day - fat city!  For race day in the heat, acclimated or not, you have to turn down your expectations. Being prepared will at least get you to the finish line. Putting the hammer down to play beat the clock, is a losing proposition. Staying hydrated, and eating can be an issue. If you’re talking about shorter races, same thing. Try and get acclimated but again even in 5 or 10k you once again have to turn the dial down on race day. Everyone is suffering.  The idea is to suffer less by running slower but stronger than the other people. In either distance, be hydrated before the race and don't pass water stops.  If not enough water stops, carry some.

I try to run early in the morning before it’s hottest and the sun isn’t as intense. I make sure I’m hydrated well after the run.

Get up early in the morning and use treadmill if necessary. Extra water and electrolytes!

Adjust start time to really early (pre-sunrise if possible)... hydrate more... other than that .. not much else... training in the heat and humidity makes the fall racing season easier. 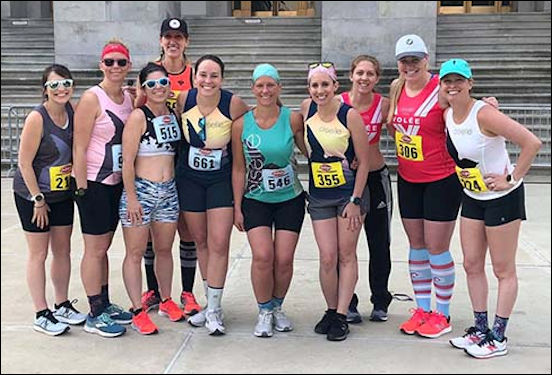 Kristen on right with friends

Early start times, lots of water breaks, and friends to suffer with.

Something other than POW (plain old water) to drink. Nuun or something that has electrolytes, salt, etc. Hydrate with electrolytes/salt the day before a long run as well as day of.

I either go early or cross train that day.

I bike instead. I also go out very early. 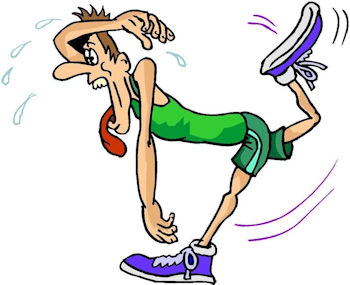