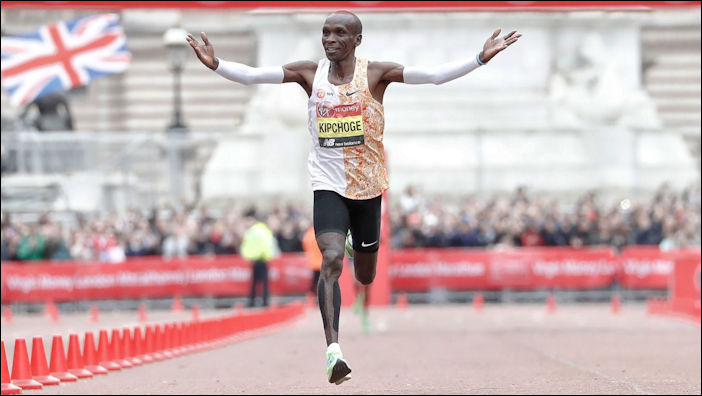 Athletically there are achievements that make everyone stop, look, and pay attention. In the running world one such event occurred on a track at Oxford University fifty-five years ago when Roger Bannister ran under four minutes for the mile for the first time on May 6, 1954. The significance of this event from the stand point of human endurance and athletic performance was on par with Sir Edmund Hillary summiting Everest for the first time a little less than a year earlier on May 29, 1953. Up until Bannister’s fateful four lap trip around the track in 3 min 59.4 seconds many people, physicians included, questioned whether it was physiologically possibly for someone to run that fast for such a duration.

Like anything that “can’t be done,” once Bannister broke the four-minute barrier a slew of other runners did the same. To date the mile world record has been lowered to a mind numbing 3:43.13 by Hicham El Guerrouj in 1999. In addition, he holds the world’s record for the1500 meters and 2000 meters events. Between El Guerrouj’s 3:43.13 and 4:00.00 lie another 6300 times (5100 outdoor and 1200 indoor) that individuals have bested the mile in under four minutes. The sheer number of people breaking four have made the occurrence, while still a crowning athletic achievement for an individual, almost happenstance for the sport. Much like the four minute mile – summiting Everest has become almost happenstance, despite the cost and danger that still exist in the endeavor. 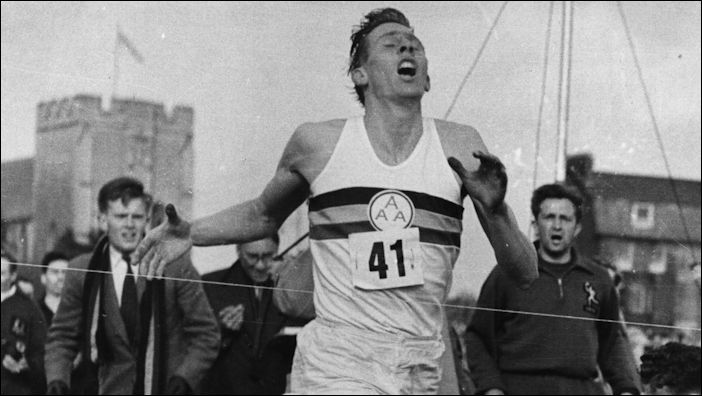 Although I was not alive for the first sub four mile or the first summiting of Everest I am an individual who is intrigued by records, human performance, and things that push the boundaries. I was excited to read “The Perfect Mile: Three Athletes, One Goal, and Less Than Four Minutes to Achieve It"  as it chronicled Bannister, Santee, and Landy’s quest for greatness in the early 1950s. While El Guerrouj has shown us the current limit of what a human can cover a mile in, Daniel Komen showed us that it was possible for a human to cover two miles in less than four minutes per mile as he covered the 2-mile distance in 7:58.61 in 1997 and a year later 7:58.91 in 1998. The show put on by El Guerrouj, Komen, and Haile Gebrselassie in the distance world in the late 1990s and early 2000s was second to none for anyone paying attention. On the track Gebrselassie passed the torch to Kenenisa Bekele (I still remember him burying a field of Olympians in the last 400 meters of the 10k at the 2004 Olympics to win gold) but the world took notice as Gebreselassie moved up in distance. In 2008 at 36 years old Gebrselassie ran 2:03:59 for the marathon in Berlin. This feat brought the marathon record under 2:04:00 for the first time, bettered Gebreselassie’s own world record by a little under 30 seconds, bettered Paul Tergat’s 2:04:55 in 2003 by almost a minute in five years, and put Gebrselassie in a hand full (literally) of people who had seen the better side of 2:05:00 in the marathon. There it was – 2:03:59 for a marathon and people were not talking at the time about whether a two hour marathon would be run but whether 2:03:59 would be bested in their lifetime. After all the world of distance running had not seen another more accomplished human than Haile Gebrsellasie and it was hard to picture who such a person would even be.

For those paying attention there was another runner who was just outside of the light but who is now commanding the attention of the distance and marathon world. Back in 2013 when Kipsang lowered the world record to 2:03:23 he was only 42 seconds behind in second place. In 2012 he set the second fastest debut half marathon (59:23) in history. If you were really paying attention, he would have captured your attention all the way back in 2003 he bested two world record holders (Bekele and Guerrouj) in the final 100 meters of the 5000 meters at the World Championships. The world took notice as he won London for the second year in a row in 2016 with a 2:03:05. Who is this person you may ask? None other than Eliud Kipchoge. And for those keeping track we are at another pivot point in the world of distance running. Way back in 2008 when Gebrselassie ran 2:03:59 exercise physiologists and historians predicted that the record would be broke (in time) but it may not be possible to cover a marathon in under two hours. Well the marathon world record has been lowered and Eliud Kipchoge is looking to accomplish in the marathon what Roger Bannister did in the mile some fifty-five years ago.

On a Formula 1 race track in Milan in 2017 Kipchoge set out with a Nike team to test the human limits at the event. During this time trial Kipchoge did what no other person had done before him and that was come within range of breaking two hours. With near metronome precision Kipchoge clipped off 14:14, 14:07, 14:13, 14:15, 14:14, 14:17, 14:17, 14:27 5-kilometers and a 6:20 last 2-kilometer to run 2:00:25. Although not eligible for a world record, Kipchoge had certainly pushed human physiological boundaries. And to make a point Kipchoge backed up this performance with a record legal 2:01:39 at the 2018 Berlin Marathon to lower the official World Record in the Marathon. With these two runs Kipchoge has put the world on notice that not only is it possible but it is likely that a sub 2 hour marathon will be run. To continue on the quest Kipchoge has announced that he will take another crack at the 2 hour barrier in Vienna in the fall of 2019.

Regardless of what happens in Vienna a few things seem clear. The first is that Eliud Kipchoge will go down as one of the greatest distance runners of all time. Regardless of whether Kipchoge is the first person to actually run under two hours in the marathon history will certainly remember Kipchoge as the first person to demonstrate that running under two hours in the marathon was even something to imagine was possible. And this is no small achievement. For almost everything at once seemed impossible and there was a person that pulled back the curtains of reality. So whether it is in Vienna in 2019 from Kipchoge or at some point in the near future by a yet unnamed but equally talented individual – here is to the “perfect marathon.” And a perfect marathon it will be for those lucky enough to watch it. 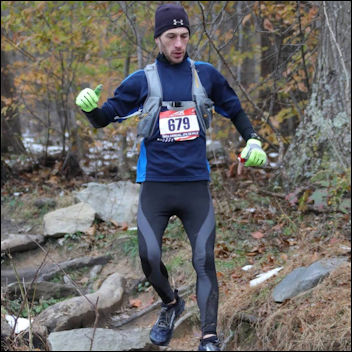 Thomas O’Grady, PhD, MPH (thomas.james.ogrady@gmail.com) of Slingerlands is an avid runner, hiker, and lover of the outdoors.