Dick Vincent: My Coach and Inspiration 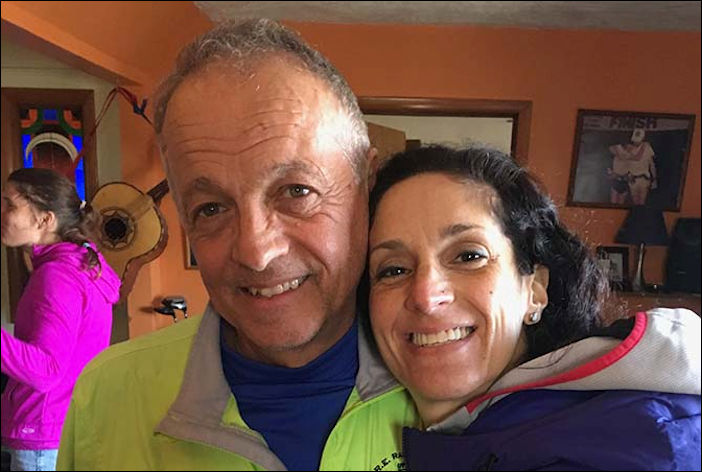 In my first meeting with Dick Vincent in 2013 I was a beginner runner and a member of the Albany Running Exchange (ARE). My first marathon was the Mohawk Hudson Marathon.  I trained by running 25 miles a week figuring out the rest along the way. To my surprise I qualified for the Boston Marathon.  How would I prepare for such an event?  There was no way I could run the most prestigious race in the Northeast without guidance: besides I wanted more from running. That’s when Josh Merlis, founder of ARE, suggested I meet with the club’s running team coach, Dick Vincent, at Uncommon Grounds in Albany.  Dick approached me in crutches. He just had had major Achilles surgery but wanted to make sure he could meet me. Dick is very dedicated.  I had numerous questions, and even self-doubt since I was not an elite runner.   As a beginner who had started running as an adult I lacked confidence about my abilities. Dick changed that.

Little did I know that this was only the beginning of a lifelong relationship that would endow mentorship, friendship, family and running.  I quickly learned that Dick was interested in all runners be they fast or slow and that to him we were all athletes.

2013 was the year that the Boston Marathon became a different part of history after it was bombed. I wasn’t Dick’s only athlete out there but we all were uninjured. Luckily I finished well before this horrifying moment but I can still hear the commotion around me as I looked for a place to change, the sounds of sirens far and near, families crying, frantic looks on the faces of those who were trying to use their cell phones, the feeling of being pushed by runners and onlookers.  Through it all Boston remained strong.  You learn much from such an experience.  Your time and place suddenly becomes less important. 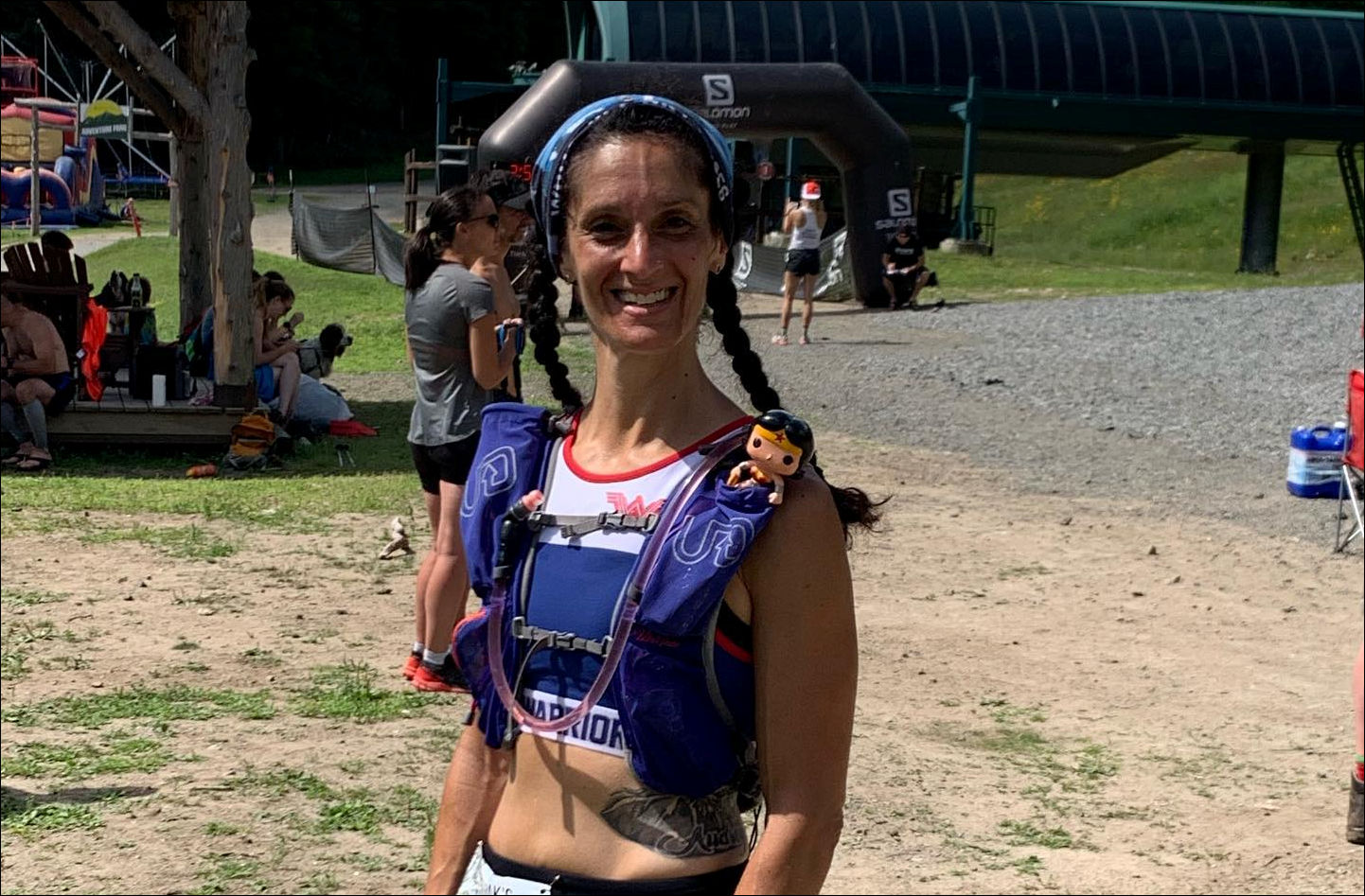 Thanks to Dick’s encouragement and guidance I now run mountains instead of just hiking them. Dick introduced me to my first real hike to Sugarloaf Mountain in Catskill, New York. My mother took us hiking when we were kids but it wasn’t like this. One winter two girlfriends and I set out to meet Dick.  None of us knew that there would be ice requiring micro-spikes, snow and challenging terrain. This was the beginning of the monster Dick created in me. It was a day of fear yet a quiet way to build my confidence.  In an icy area Dick gave me one of his micro spikes that he was wearing to guide me down an ice slab. Although fear showed in my eyes, Dick remained patient and taught me a valuable lesson about confidence. I can credit him for my completion of 2 ½ rounds of the Adirondack 46 in all seasons, all the Catskill Mountains, all of Vermont’s highest peaks, and soon I will be finishing New Hampshire’s 4,000 footers. 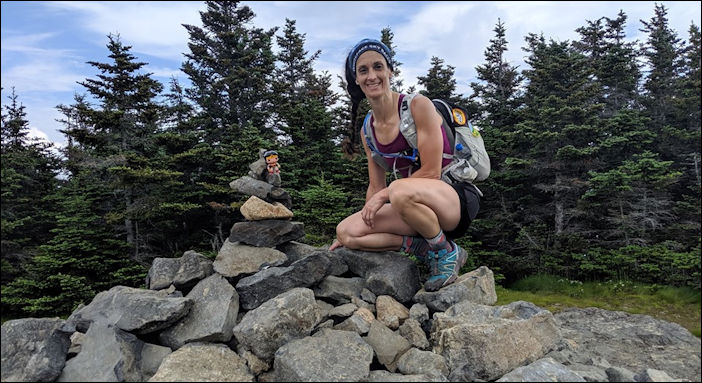 Shortly after I was asked to captain an aid station for Dick’s Escarpment Trail Race (ETR). Which he created and has directed since the 1970s. I didn’t know this race and had very little experience with trail running. It is an 18.6-mile race on a remote, rugged, mountainous, technical trail along the escarpment through the Catskill Mountains from Windham to North Lake in Haines Falls, NY.  It’s not just a 30k with 10,000 feet of elevation change, it’s a race that has history.   In fact, it’s one of the oldest trail runs around at 43. It takes a certain type of individual to walk up to the timing mat, some call a “mountain goat,” to be ready to jump off rocks, and scramble up Blackhead Mountain and usually in high heat and humidity. There are no rewards or bling but just the satisfaction of running mountainous terrain with your friends and knowing you conquered it. 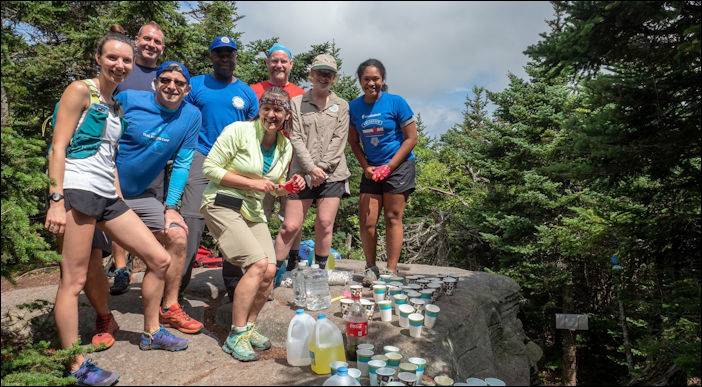 I was to hike with a team up Blackhead Mountain with 30+ gallons of water, first aid, and goodies, for runners of the ETR. All the aid stations are volunteer based and an important part of the race’s success. The first year I volunteered, it rained until we made it to the summit.  It was enough to make one never to want to volunteer again.  The storm was pretty bad.  We prayed for the thunder and lightning to stop so we could summit safely.

The day became rewarding when you saw runners summit at the highest point of the race at mile 9 happy to see you. You can see their love for the mountains on their faces, grit on their shins, and sweat above their brow. A reminder that running is not about the clock, it’s about heart. I have volunteered for 4 years at the summit of Blackhead during the last weekend of July because of Dick. 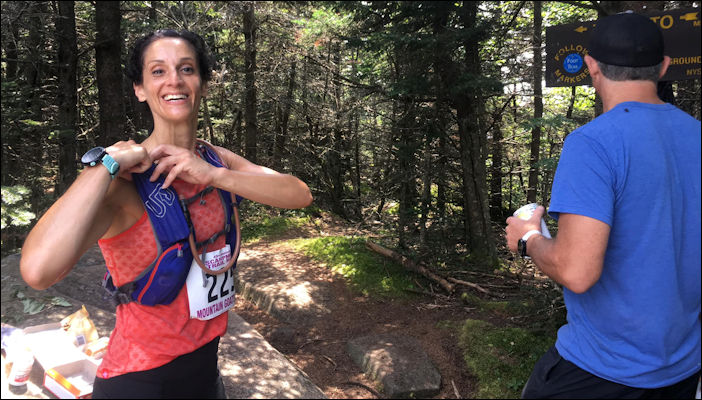 In the last three years my running goals have changed dramatically. One would say that it is a blessing in disguise.  In 2016 I began losing feeling in my right leg and left arm. I went through a long period of the unknown, guessing games, and pain. The pain was not just physical but spiritual as running was an essential in my life.  Although I qualified for the New York City Marathon and ran it, I was scarred by the experience.  I was desperately trying to find answers and come to terms of what my running had become.  Dick supported me along the way as I coped with an undiagnosed condition.  He encouraged me to feel confident again and to persevere.  Dick’s mantra never left my mind, “If its not making you happy, don’t do it.” Most runs were painful and no longer satisfying but surprisingly I found that my love of trail running in the mountains gave me great joy and brought me back into being the athlete Dick said I was.

Overtime I found my place and I was running more and more. With Dick’s guidance and training plans, I was beginning to race duatholons and trail races.  Last year Dick suggested I run the ETR, his demonic creation. 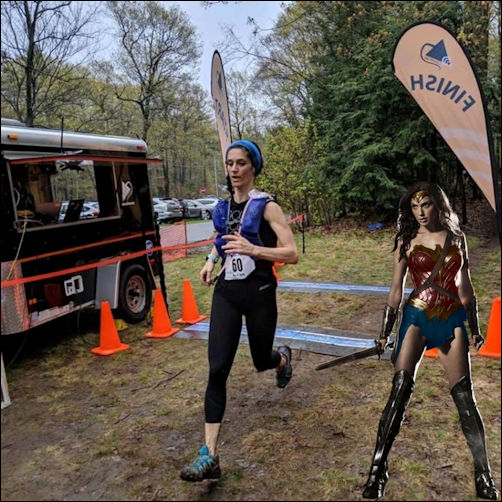 I have hiked the route but didn’t know what to expect. For the first time I went to the start calm, not worried about the what ifs, not worried about what others would think, and most of all I intended to enjoy the run. I hauled up Blackhead, about 1,200 feet of elevation gain in less than a mile I felt I was where Dick wanted me to be. I wasn’t the fastest runner out there and it didn’t matter because my heart was glowing. I ran ETR without a time in mind, just wanting to enjoy it. I did. My family and best friend volunteered in the race hiking up gallons of water for the run and were amazed by the race.

I am excited to say this year I am running the Escarpment Trail Race again to celebrate Dick Vincent’s creation, to enjoy the run, and who knows, maybe PR.

Editor’s Note: Pinky did PR and by 29 minutes! 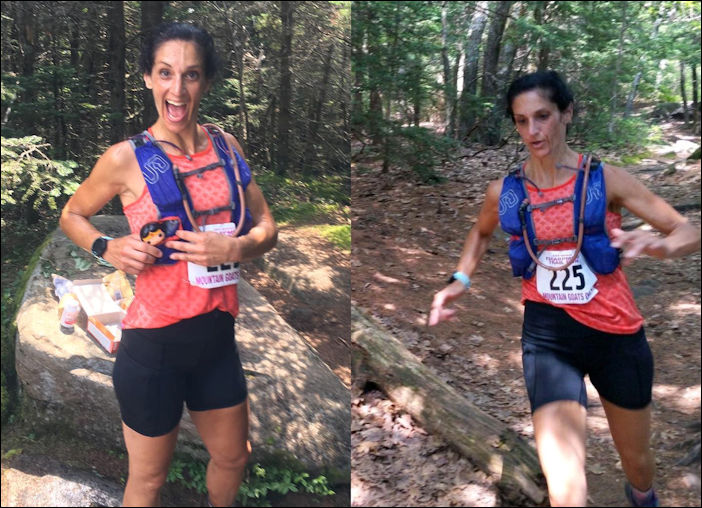 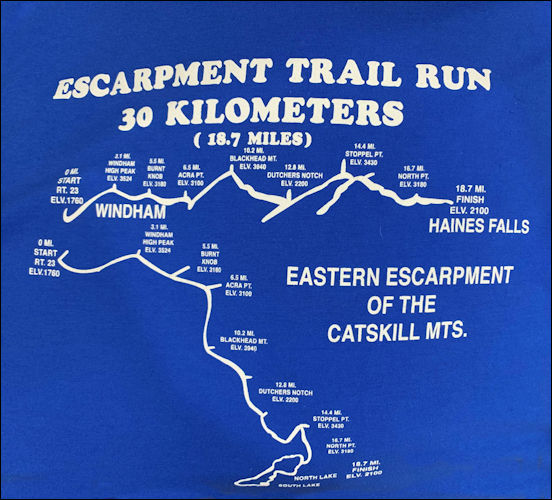