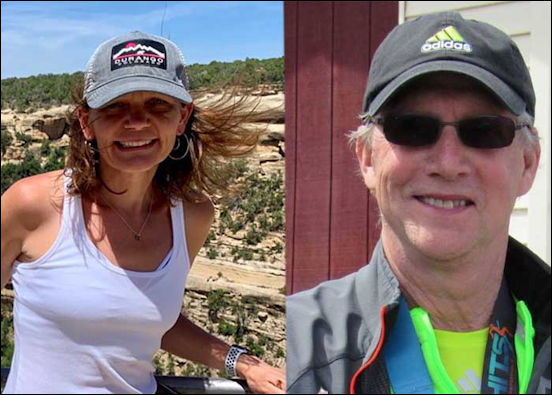 City of Girls by Elizabeth Gilbert

A sprawling, rolicking novel about a young, rebellious woman making her way in the 1940s NYC theater scene. Gilbert writes with flare about smart, independent women in the early to mid century making her historic novels feel modern and relevant. Her characters are also very human--they make huge mistakes, are adventurous and complicated.

The Body in Question by Jill Climent

A taut, sharp novel about a jury sequesteriation during a sensational murder trial in Florida.  Two jurors have an affair and the ensuring consequences, deliberations and implications are riveting. The tension and plot line are gripping and the insight into human behavior is brilliant.

The Most Fun We Ever Had by Claire Lombardo

A debut novel that spans half a century in the life of the Sorenson’s, a Chicago family of four sisters and their devoted parents. The novel begins with the revelation of a huge secret that dramatically disrupts the loving but shaky family equilibrium.  A well-written and compassionate story about sibling rivalry, marriage and parenthood. If you like TV dramas like Parenthood or This is Us, you will love this book.

A charming and lovely story about a conflicted widow’s second chance at life. Set in a coastal Maine town the story revolves around Evvie Drake whose husband dies suddenly just as she is about to leave him. Her quiet, conflicted grief is interrupted by the presence of a disgraced major league baseball player who arrives in town to hide from media frenzy. The relationship they develop saves them both.

Fleishman Is In Trouble by Taffy Brodesser-Akner

Another novel about marriage and mid-life crisis, this one dark and cynical, told mostly from the unreliable narrative perspective of the husband. Taking place over a very hot NYC summer, this is a story of a marriage implosion among a well-heeled social set in Manhattan. The story can be vicious and mean and in a smart, modern way upends traditional thought lines on gender equity in marriage, social status and ambition. This book is fun to read in some ways, but most definitely not a light-hearted, feel-good read!

The Bookish Life of Nina Hill by Allie Waxman

A romantic story about an introverted bookworm living in LA  who discovers she has an extended family when her birth father dies and his identity is revealed.  Her personal upheaval is augmented when she falls in love and her place of employment, an independent bookstore, faces bankruptcy. The ensuing mad-cap adventures and near-miss in the love game are entertaining and sweet.

The Chain by Adrian McKinty

A crazy, propulsive psychological thriller that asks how far would you go to save your child. Specifically, would you enter a “chain” of diabolical behavior by kidnapping another child to have your own kidnapped child returned to you? This book requires such a huge suspension of disbelief that it was almost laughable but it kept me entertained and engrossed during 6 hours of airplane travel so therefore a great summer reading choice.

I've been jumping around chronologically on these D.D. Warren books. This is the 10th in the series. Intricate plot where the protagonist of the story, Evelyn "Evie" Carter who allegedly accidentally shot her father while cleaning his shotgun when she was 16, sixteen years ago, is caught by police with a smoking gun in her hand, GSR and all, with her husband's dead body at her feet. D.D. had investigated the previous death and believed the teenager, but two accidental shootings by the same woman? Quite the coincidence. Yet Evie claims she didn't kill her husband, just picked up the murder weapon and fired 12 shots at his computer. Oh yea, she now rescinds her confession to accidentally shooting her dad. Said her mom told her to say that, fearing he had committed suicide and didn't want the scandal. Things get more complicated when D.D.'s CI, Flora Dane, recognizes the dead husband as a man her former kidnapper met up with in a bar to presumably sell her to him. Flora survived over a year and a half being held captive and raped by a lunatic, Jacob Ness. Was Evie's husband somehow involved? Enter Evie's defense lawyer, Dick Delaney, who may or may not have a thing for Evie's mom and D.D. doesn't know where to begin to solve the mess. Oh, and one by one, Evie's, her lawyer's, and her mom's houses are burnt to the ground!

DD Warren and Bobby Dodge match wits against at least one serial killer (or two?) when a cold case comes to life with the discovery of six "mummies" in a concealed cavern on the grounds of an old, closed Massachusetts State Mental Facility near Boston. We also meet Annabelle Granger (who goes by several different names as do many in this novel) a girl on the run for most of her life when her father Russell, an MIT Math Professor, took his family into hiding 20 years ago. So many twists and turns and people not being who they are supposed to be. Can Bobby and DD figure it out before Annabelle becomes the next victim? **Spoiler Alert** This is second in the DD/Bobby series and there are future implications for Annabelle and Bobby in books to come.

While this is the third novel in the Tessa Leoni series, she takes a back seat to her new lover and detective friend, Wyatt Foster, whom she met and worked with in the last novel, "Touch n Go," to solve a family kidnapping gone awry. And D.D. Warren is back, making a cameo appearance helping Tessa and Wyatt along the way. Another really bizarre story where you're not sure who is real and who isn't, focusing on a victim of a car plummeting over a ravine. Nicky Frank (or is it Veronica Sellers, or even someone else?) is recovering from her third concussion in the last six months from accidents (?) - or is her husband, Thomas Frank, trying to kill her? Or are they both in on some bizarre hoax? Nicky (or Veronica or whoever) was a part of a kidnapping 30 years ago when she was six years old and eventually became part of a sex slave ring. Well, you'll have to read this to figure it all out! And the climactic scenes will keep you on the edge of your seat!