When You Can't Run 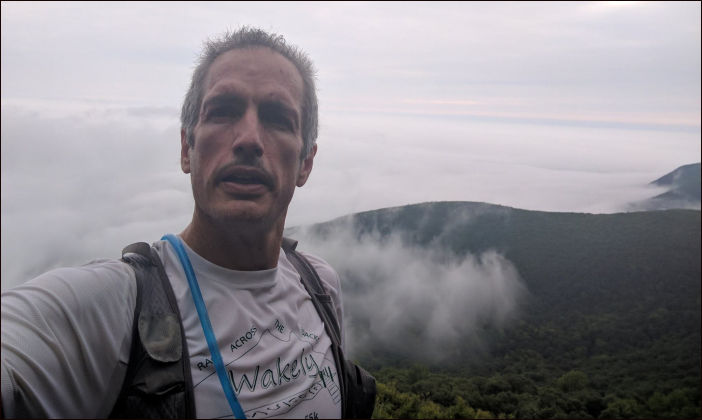 I am relatively new to running having started in my early 40s, but over the past decade running has become a big part of my life. I started a run streak in December of 2017 and although I was likely not going to streak for 30+ years, I figured I had a good shot at 10 or 20 years. At the end of February 2019, I was stopped by a tiny stone. It happened to be a homegrown stone in my kidney. It had been six years since I had one and I thought I was in the clear. I tried really hard to keep the streak up running with one last mile at a 10:30 pace and some serious pain. 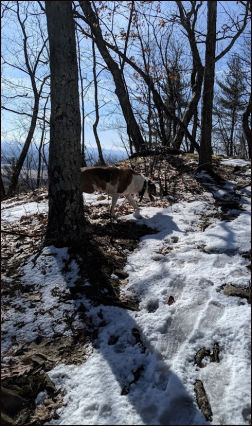 By the next evening I was checked into the hospital connected to an IV and the streak had come to a halt for sure. The next day involved a stent being installed from my kidney to the bladder.  The day after that a trip to the lithotripsy machine so I could get sonically punched in the kidney to break up the stone. During my stay at the hospital once the pain was under control, I walked a mile by doing laps around the tiny ward I was on with the IV in tow.

I had the usual “problems” distance runners have in the hospital. When they hooked me up to machines, alarms would go off because my pulse was too low. After a while I became known as “the runner” to the nurses and staff. Each new person would say, so I hear you run a lot. (Well not right now I would think to myself). One nurse was quite interested in ultra running because he was reading David Goggins’ book. I told him about “Born to Run” and my Leadville Trail 100 Run. He purchased the book that night on his Kindle, so maybe I will see him someday running around Clifton Park in sandals.

After three days in the hospital I was sent home with the stent still in place and instructions not to exert myself. No running, no yoga, no workouts, basically be sedentary. I asked if I could walk and they said sure you can walk, just no heavy lifting or going to the gym. OK, well at least I could walk! The first walk was a few days after getting out. My dog and I walked about 2 miles.

Although it took a ridiculous amount of time to cover a mile, it felt great to be covering some ground again.  That week I ended up walking about 33 miles much of it on the local trails I run on. I am pretty sure that is not what the doctor had in mind when he said I could walk, but I am going to go with “I followed doctors orders” on that one. 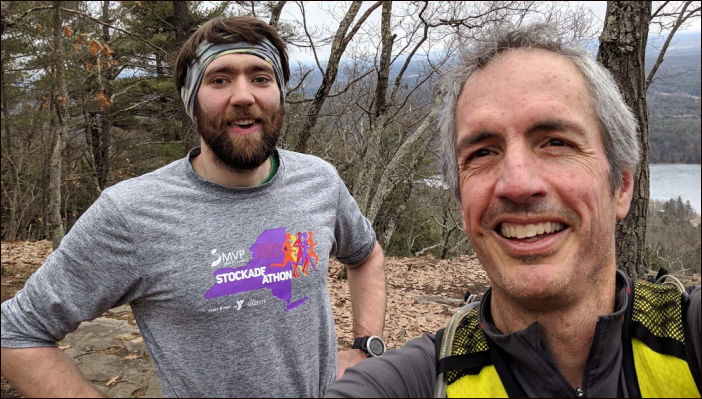 The following Wednesday I had a follow up appointment where I was given the green light to run again. I had done some Google searching on running with a stent and found that although it might be uncomfortable and some have reported a decrease in endurance it should be doable. Well, Wednesday night is Clifton Park Beer Running Club 5k night, so I showed up and ran a slow 5K. It felt great to be back with my tribe and back to running.

However, after each run or for that matter each long walk, I peed like I had consumed a gallon of beet juice. I figure I was doing the opposite of Lance Armstrong and instead of adding extra blood into my system before running, I was draining a pint or so with each run. Needless to say this is an exhausting and disturbing way to run. Yet, I felt compelled and grateful to be running again.

With all the slow walking and running, I had plenty of time to consider my situation. It could be better (i.e. never happened), it could be worse (could not be able to walk or run). Running has become an integral part of who I am. I don’t do it to stay in shape, I do it because I can, I do it because I must I do it because I love it. I have worked hard to get to the point where if I wanted to, I could head out my door on any day and cover 30 or 50 miles in a day. I can climb mountains and ranges in a fraction of the time I used to be able to hike them, and get up the next morning and do it all over again. That type of freedom to move comes with dedication and hard work and most of all enjoyment of running and wilderness. You can’t buy it or rent it, it only comes from doing. 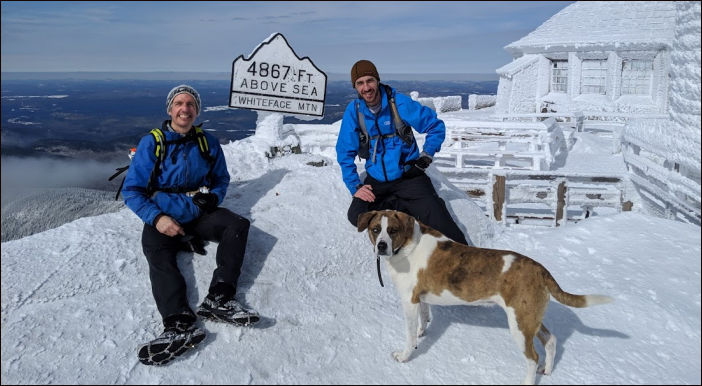 I talked with a friend who due to a serious accident is no longer able to run like he used to. He said “But, being fit is a privilege. Being healthy and able isn’t a given.” My takeaways from my short running break, are to enjoy being fit and able even more; if you are unable to run, then walk and get outside as much as possible. If you have a running friend unable to run, go for a walk or bike with them.

I was very grateful to have gotten in a week of winter trail running before hitting the stone. I also had one of my hardest runs of the year with the stent in place. I ran/slogged a 10 mile loop at Moreau with my dog. Lots of post holing and red snow. What should have taken 2 hours took 4, but you know what, it was awesome! 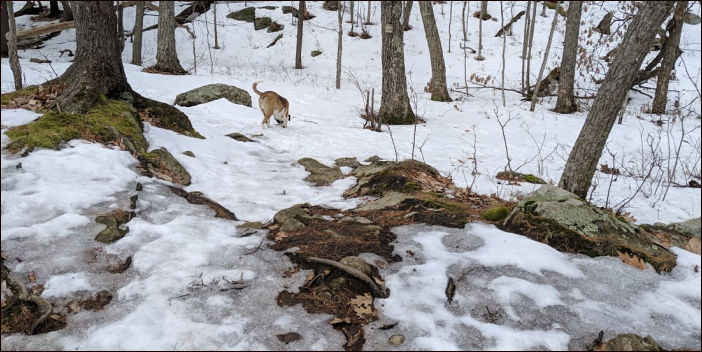 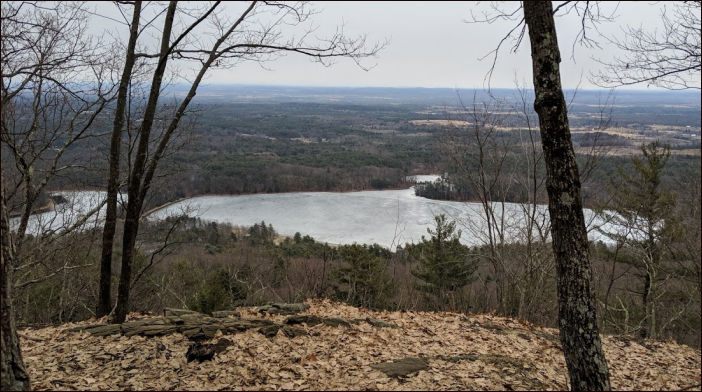 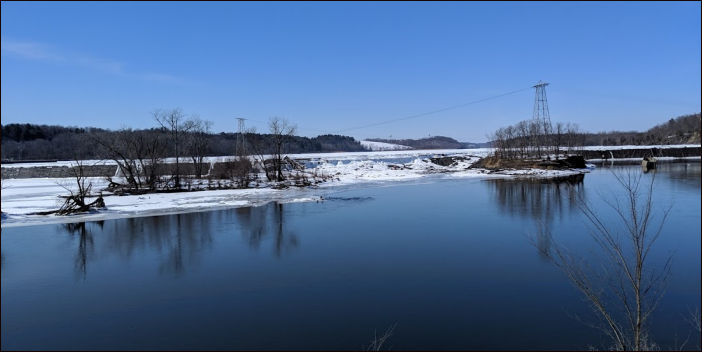