by Andy Reed and Bob Irwin 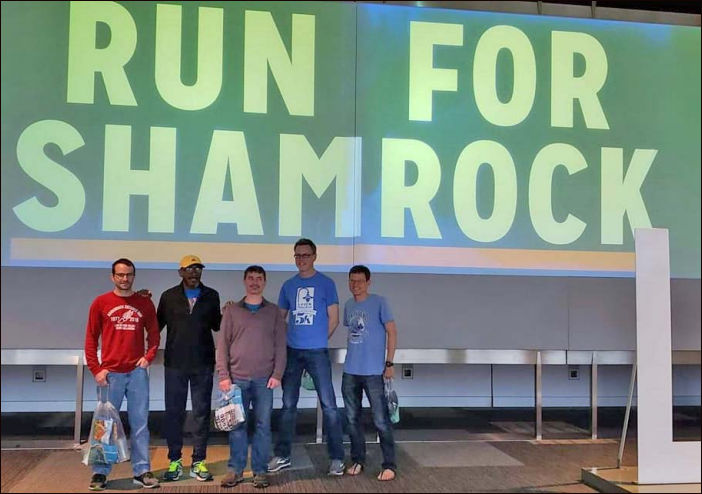 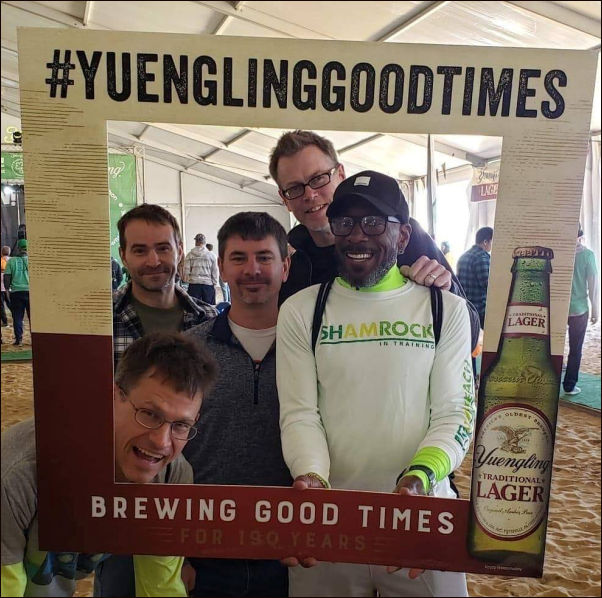 They say that whatever doesn’t kill you makes you stronger.  On Saint Patty's Day weekend, the Willow Street AC Masters Men's team travelled to Virginia Beach for the USATF Master's 8k National Championship.

Friday the 15th got off to a less than auspicious start when, about 30 minutes prior to our crack-of-dawn departure time, Tony Giuliano messaged the group that his basement was flooded and he wouldn’t be able to make the trip.  No worries – Derrick Staley had a least managed to pick up the rental van and he, Jake Stookey and Volker Burkowski were en route to Niskayuna to get Bob and me.  At 6:42 AM, we were headed south on the Thruway towards New Jersey.

10 hours and 4 states later, we arrived at the expo at the Virginia Beach Convention Center for packet pickup. Derrick left his ID in the car and even after showing his M60 bib barely managed to convince the young ladies working the beer tent bracelet line that he was of age. After a quick tour of the expo, we checked in at the hotel and had dinner at Abbey Road – a decent Beatles themed pub conveniently located across the street. Back at the hotel, I was thankful that Bob and Volker decided the 6-footer should have the single bed while they got the room with the ocean view.

Race day dawned cool and breezy with the promise of late morning sun.  After a quick breakfast, we dressed and did the quick 1.25 mile warm up run down to race HQ to check in with the USATF race official.  At about 7:28 AM, I found myself warmed up and in my Willow green, waiting for the race start with Volker, Jake and a stacked field of 40, 50, 60 something plus Masters runners in corral one.  Bob and Derrick were nursing injuries and lined up slightly further back.

The race went off and Jake went to the front with Volker not far behind. I went through the mile faster than was probably wise and thought “Either this is going to be a good day, or it’s really going to hurt by mile 4.” Yeah kid, you already know. Just past two miles we turned north on the boardwalk and a brutal headwind slowed the pace.  “May the wind be always in your face,” or so the Irish blessing goes.  I wasn’t wrong about mile 4 - finally back on the streets through town it was the slowest of the race.  Karen Bertasso, Lori Kingsley, and Molly Turner cheered from the turn just past the 4-mile mark. After what seemed like an eternity, I made the final turn back onto the boardwalk, where I could just make out the Neptune statue and the finish clock almost a half-mile away.  Two and a half minutes later, the USATF Masters 8k National Championship race was a (mostly) pleasant memory.  I found Jake and Volker waiting at the finish.  Jake was 8th and Volker had his typically solid race. Bob and Derrick hobbled in a few minutes later.

After breakfast and showers we found ourselves back at race HQ for awards. It was crowded. We had to stand outside the room and no one could really hear what was going on.  After a while, someone called Willow Street AC to the front and shoved the men’s 40+ third place team award into our hands.  Third place. We can live with that. Not bad considering half the team was on the injured list.

Sunday we were up early for the Shamrock marathon and half.  Volker and I ran an easy 10 miler where we stopped periodically to cheer for Karen as she crushed a sub 1:20 half marathon to end another 70 mile training week.  After waiting for Lori to finish her marathon and congratulating Jeff Goupil on his stellar 2:41 marathon finish, we found ourselves back in the car speeding north across the Chesapeake Bay Bridge on our way home.

On Monday I read a race recap on the USATF website that seemed to indicate we had finished second as a team, not third.  Interesting. By Tuesday evening, the official team results had been posted and it turns out that yes, there was some sort of mix-up with the awards and we were, in fact, the second place men’s 40+ team.  The Luck O’ the Irish was with us! 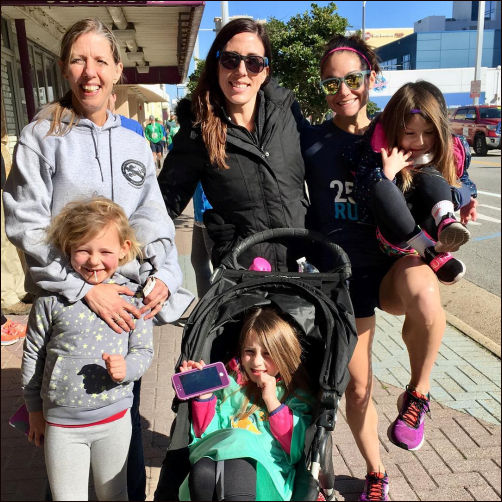 This past Saint Patrick's Day some of the Willow Street Athletic Club went down to Virginia to tackle the US masters National 8k Championship and half marathon and marathon. The team lucked out as the weather was a perfect in the low 50s and sunny. The men’s team ended up finishing second overall in the 40- to 49 championship bracket.

Jake Stookey once again led the way for the men finishing in 9th place in 26:56, Volker Burkowski was 23rd in 28:51 and Andy Reed 41st in 30:05. Rounding out the scoring were Bob Irwin and Derrick Staley who both ran coming off winter injuries and will look to get back on the local race circuit as spring progresses.

On the women's side Karen Bertasso finished fourth in a very competitive half marathon field in 1:19:26. Lori Kingsley won her age group in the marathon in a hard fought 3:08:29, which was an outstanding age graded percent of 84.86.

This marks the last year that Virginia Beach will be holding the Masters 8k Championship. Over the years the Willow Street Team has traveled down to this excellently held event. The race has always offered a very competitive field on this flat fast course.