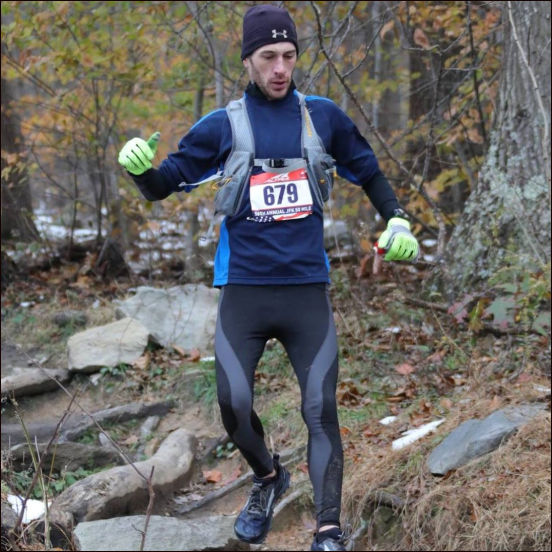 It’s spring and many people are training for spring races and planning fall races.  March also marks the opening of registration for the 57th annual JFK 50 Mile Ultramarathon.

History of the Race

The inspiration for the race is tied to its namesake. During the three years he was president John F. Kennedy did many things in an effort to unite and inspire a country that was faced with challenges abroad from the Soviets and from within on the civil rights front.  Kennedy issued challenges to the nation and made difficult decisions in the face of opposition. First, he issued his famous moon shot speech that helped rally the nation around the idea that we could land on the moon. Kennedy never lived to see the first Apollo crew step foot on the moon but the United States did end up “winning the space race.”  Kennedy also made the difficult decision to federalize the Alabama National Guard in order to ensure that the University of Alabama would indeed move ahead with plans of integration.

Less well known is that Kennedy, like his predecessor Theodore Roosevelt, was also unknowingly a physical fitness advocate. Teddy Roosevelt, a self-proclaimed proponent of “the strenuous life” credited his vitality with two hours of vigorous activity that he aimed to have every afternoon. Worried about the fitness of officers in the military Roosevelt first challenged individuals to a 50 mile march going so far as to say  “many a healthy middle-aged woman would be able to meet” this challenge.  Roosevelt’s belief has been proven true as women can hold their own in ultra-distance events. The first step came in 1961 when Kennedy issued his thoughts on the importance of physical fitness by stating, “We want a nation of participants in the vigorous life.” The next step came in 1963 when Kennedy discovered Roosevelt’s order establishing the 50-mile march for officers. This led to communication with Marine Commandant David Shoup noting that officers of 1908 could complete the trek in 20 hours. Believing that officers in 1963 should be able to at least match that feat, Kennedy promised that if Shoup looked further into the issue, then he would see to it that member of his own White House staff could also complete the order.

Seemingly in an effort to one up the importance of this challenge, Kennedy’s brother and the Attorney General, Robert F. Kennedy, decided to take the challenge himself. So on February 9th, 1963 RFK set out at 5 am, in LEATHER OXFORD DRESS SHOES, and finished the 50-mile march in 17 hours and 50 minutes. Several other races, walks, and marches occurred throughout the country during 1963. One of those events was the JFK 50 Mile run that began in Washington County, MD. The route began in Boonsboro, MD, first taking participants 2.5 miles up a 1,000 foot elevation to an entrance of the Appalachian Trail. Once on the Appalachian Trail individuals completed a rugged 13-mile circuit on the trails that includes an extremely steep 1,000 foot descent to Weverton. Once in Weverton participants entered the C & O  Old Anglers Canal Path and traveled 26.3 miles to Dam #4. At 41.8 miles individuals exit the canal way and run the last 8.4 miles on rolling hills that add another 452 feet of elevation gain before finishing at 50.2 miles in Boonsboro, MD.

Although JFK was assassinated in November 1963 his moonshot dream and his progressive efforts on civil rights lived on but many of the 50-mile walks ceased after 1963. In 1964 the initial JFK 50-Mile Run was moved to the fall and renamed the JFK 50 Mile Memorial. Since that time the JFK 50 Mile Memorial is the only original JFK 50 Mile Challenge event to have been held every year. Since that time participation has grown in popularity and the race now can claim to be one of the oldest and most prestigious ultra-marathons in the United States. The race has become so popular that registration is now capped at 1,200 participants. Capping registrations appears to be more due to the necessity of preserving the trail and canal system paths than to limit actual interest in the event.

As a distance runner the JFK 50-Mile challenge has been on my radar for a long time. The questions you ask correspond to where you are in life. When a runner in college you may be asked if you plan to run a marathon. Newly minted graduates who complete marathons are later asked about when they will take a shot at an ultra-marathon. Since 2009 I have toyed with the idea of running JFK but had decided against it.   Admittedly this was because I was making excuses. True, however, the excuses were numerous and included – running a fall marathon, running a fall marathon on the same weekend as JFK (Philadelphia), getting married (in November), having children (in November and December), completing graduate school, and working. Finally the excuses have run out so last year I planned an earlier marathon and signed up for my first JFK 50-Mile race.

As fate would have it the weather on the weekend of JFK was very bad. In fact it was one of the worst years in the races history.  The race director said that 1994 and 2018 had the worst conditions for the race he could remember. Conditions were so bad in 1994 that the race winner returned in 1995 and won for a second time but running 30 minutes faster!

Having prepared well, and aiming to have fun while still being competitive, when the gun went off at 6:30 am on November 17th I laughed and quietly said out loud “Is this all you’ve got?”  I set out conservatively on the steady uphill and once on the Appalachian Trail I joked with a few people around me from the East Coast about how we had trained on “the beast coast.” Upon exiting the Appalachian Trail in Weverton, it was uplifting to see a large group of people cheering and volunteering. I took a brief second to say hi to my kids and refill my water bottle and I was off on the C & O Canal. While I enjoyed the trails, I eagerly anticipated entering this section of the path and hoped to make up ground on the better trail runners that had gapped me in the first third of the race. The trail unfortunately was not conducive to running fast but I was still able to pick up some speed. A nearby runner commented on my change in pace and asked about what time I was aiming for.  When I responded that I wanted to complete the 26.3 mile AT segment in “about 3 hours” he replied,  “Cool dude, see you at the finish!” Finding my groove on the canal path I was able to click off a steady stream of miles that resulted in one of the faster C & O segments in 3:10:32, not far off the unofficial goal of 3 hours I set for myself. The canal segment was not without its ups and downs. At the 27.1 mile aid station I was on quite a roll and my family and race officials informed me I had been steadily chipping away at the gap on several of the top runners in front of me. This gave me a huge psychological boost that lasted into my “early 30’s.”  By about 32 miles I was feeling very good and confident. At this point I was in 12th place and based on how things were going I thought I may be able to catch half of the people left in front of me. Unfortunately I hit a really low point from 35 to 39 miles that “felt like death” as I described it later. Somehow I managed to pass two individuals despite the lull and exited the canal at 41.8 miles in 10th place.  Still getting over the effects of how awful I had felt, volunteers on the trail said that the one person was 10 minutes ahead of me while the closest behind me was not within sight. From 41.8 miles I made the final 8.4-mile trek to the finish alone alternating between feeling horrible and feeling pretty good. I took the opportunity to enjoy myself in these miles and thanked those at the aid station for helping.

When I crossed the finish at 50.2 miles in 6 hours 36 minutes and 27 second and the announcer said “Congratulations Thomas O’Grady, you are the 10th place finisher of the 57th JFK 50-Mile Challenge, the oldest continuously running 50 Mile race in the United States and one of the most prestigious ultra-marathons” I was happy and grateful, but I could only muster the energy to walk over to the side walk and put my head on my knees. Despite the fresh snow on the course and plenty of mud and ice along the C & O Canal path the competition was very strong in 2018 producing some of the best times in the race’s history despite the weather. So it was an honor to stay for the awards ceremony and realize that I along with two other former Section 2 athletes had finished in the top 10.  It’s a small world!

For those wishing to push themselves with a new running challenge I’d recommend the JFK 50-Mile Challenge to anyone whether they plan to be competitive or just finish. The history and course are second to none. The sense of accomplishment is also second to none. The feeling in the days following that you have been dragged out and beaten up is indescribable to anyone who has not completed such an event. 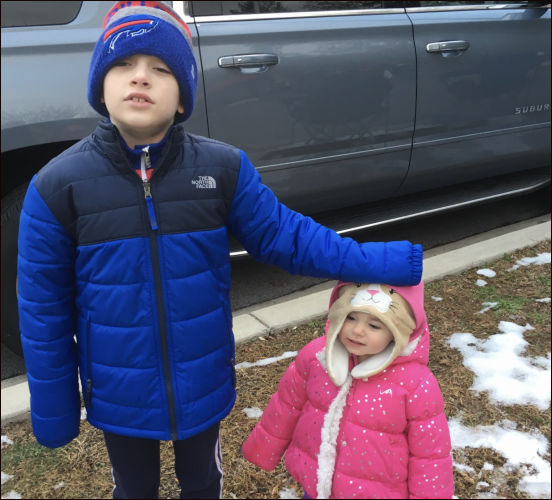 Picture 2: Tom on the Appalachian Trail portion of the JFK 50 Mile 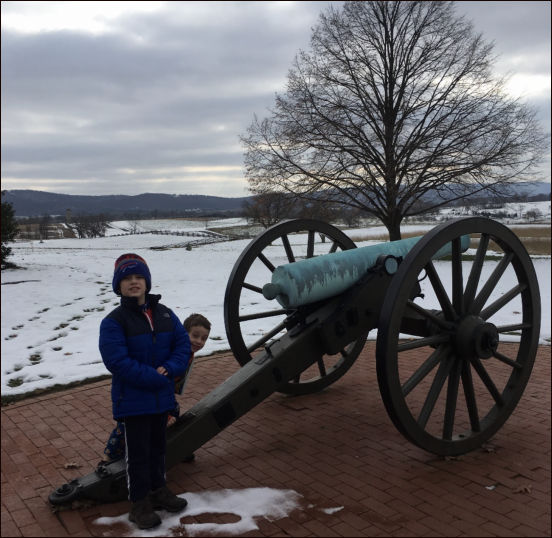 Picture 3: When you run 50 miles your family has time to visit Antietam National Battlefield during the event 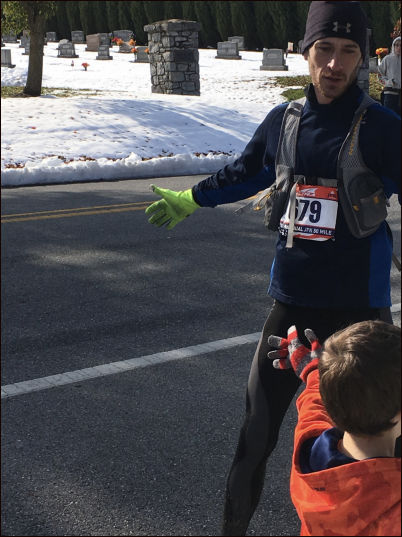 Picture 4: Finishing the JFK 50 Mile and high fiving Theo before the finish line 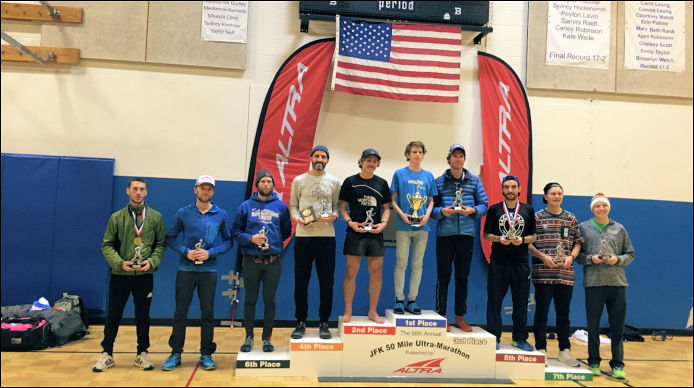