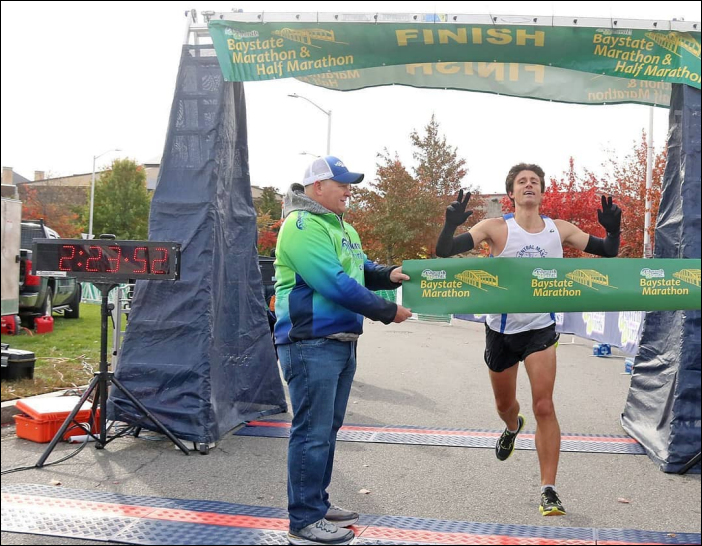 On a cool, blustery October morning, I set out and accomplished one of my two major running goals: to break the tape at a marathon. My father Mark won the 1979 Montreal Marathon, and ever since I began running marathons in 2011, I wanted to triumph as he did. Although my debut was faster than his PR of 2:26, I finished fourth that day in the Shamrock Marathon in Virginia Beach. Since then I have had several top 25 and top 30 finishes at the Boston Marathon, and a second at the Manchester NH Marathon in 2016, but victory in a marathon eluded me until my 11th try this year at the Bayside Marathon in Lowell, MA, on October 21. 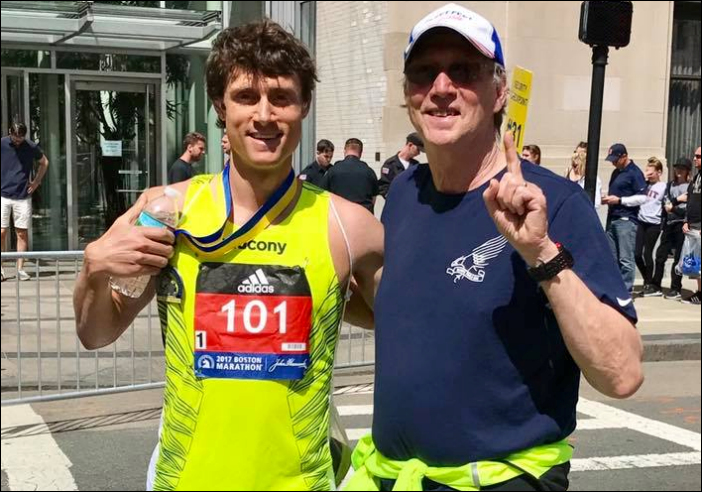 Scott with his father Mark

On paper, the competition shaped up to be a fierce one. Central Mass Strider (CMS) teammates Dan Vassallo and Scott Leslie had run faster than I did the previous year, as had last year’s Baystate winner, Brandon Newbould. However, Dan and Scott will be running the California International Marathon (CIM) in December, so their purpose was to help out our team. The Baystate Marathon was the culmination of the New England USATF Grand Prix Series and we were hoping to win the series as a team (we ended up second place to Western Mass Distance Project by 3 points). I received a text the night before from Brandon, telling me he had been battling a stomach bug for the last couple of days and would not be able to run. After that, I was fairly certain it was my race to lose. 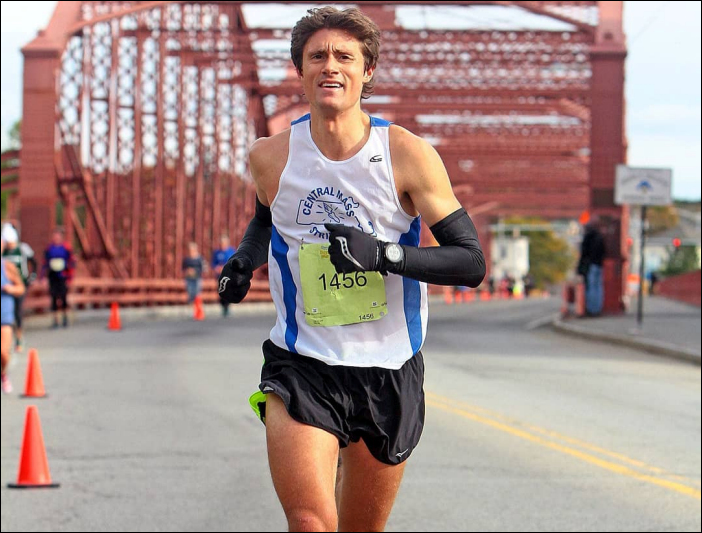 Luckily the Baystate Marathon in Lowell, MA, is only 20 minutes from my house in Burlington. My parents and aunt slept over and my wife Sasha’s parents arrived from their home in Amherst, NH. I met one of my CMS teammates, DJ Raboin, and we did a quick shake out before the race. I was glad I did because even though it was windy and the temp was in the low 40s, I decided I didn’t need to wear a headband or hat as originally planned. I made my way to the start and when the gun went off, after about a quarter mile, I knew it was going to be much more challenging mentally than physically. I went out at the pace intended (5:30) and noticed that no one was near me. Shortly after, the men’s half marathon winner, Tyler Andrews, moved behind me and stayed on my heels for the next mile. I picked up the pace slightly, but when we hit the first water stop, he passed me and went ahead. It was the last time I would see anyone in front of me for the rest of the way. The half marathon runners split off shortly after the two-mile point 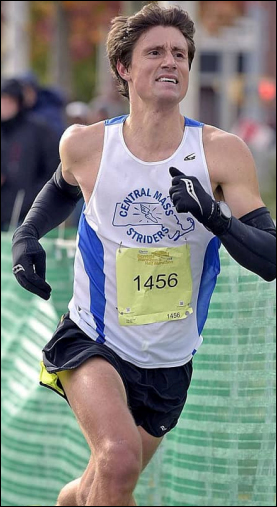 The wind was in my face for the first 7.75 miles, so I concentrated on staying consistent and not exerting too much energy. As I crossed the bridge and got to experience the tailwind for the first time, I was able to lower my pace to about 5:20 per mile. Although it was faster than I wanted at that point of the race, I held it while staying in control. At about 12.5 miles, I crossed a bridge for my second loop of the course. The most difficult part lay ahead between the 12.75 and 17.75 mile points. I could feel the slight inclines that I hadn’t noticed on the first lap, and although my pace didn’t slow, I began to feel as if it had. Luckily, I got a second wind at mile 18 when I crossed the bridge. Probably my only mistake was not taking a GU at mile 20 as I had originally planned (I took a GU at miles 7, 13, and 17). 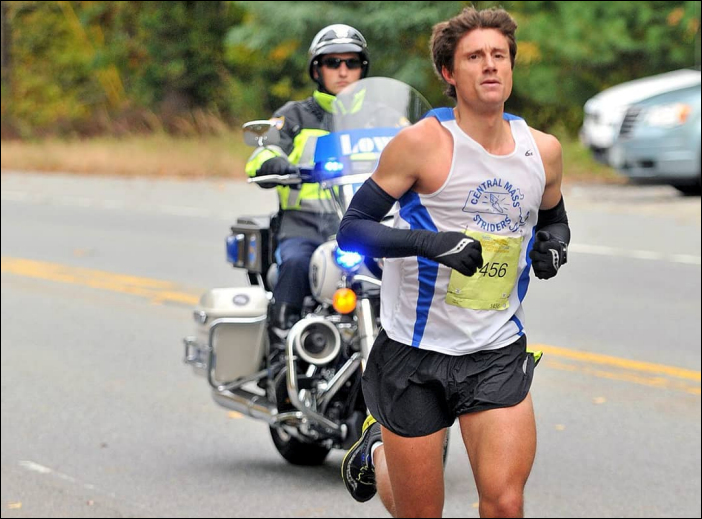 When I hit mile 22 the tailwind had turned into a cross-wind along the river. I now began to hit the wall, so I took another GU.  For the first time in the race, I felt like I was really working hard. My pace slowed to around 5:40 for a couple of miles, but when I hit the mile to go sign near the end and realized that I only needed to go under 5:30 per mile to break 2:24, I put my head down and drove to the finish line. As I approached the finish line, my family and many friends were there to greet me as I broke the tape in 2:23:50. It was my third fastest marathon (I ran 2:22:20’s at Boston in 2013 and 2017) and my first New England grand prix victory. I was elated that I had achieved both of my goals heading into the race, winning and breaking 2:24. I now can focus on my ultimate running goal, qualifying for the Olympic Trials in the marathon, a sub 2:19 time. Wish me luck!

Scott is a full-time engineer, part time runner for the Saucony Hurricanes and CMS, plus on Team Nuun.