Athlete's Kitchen: Alcohol in Sport: How Bad Is It for Runners? 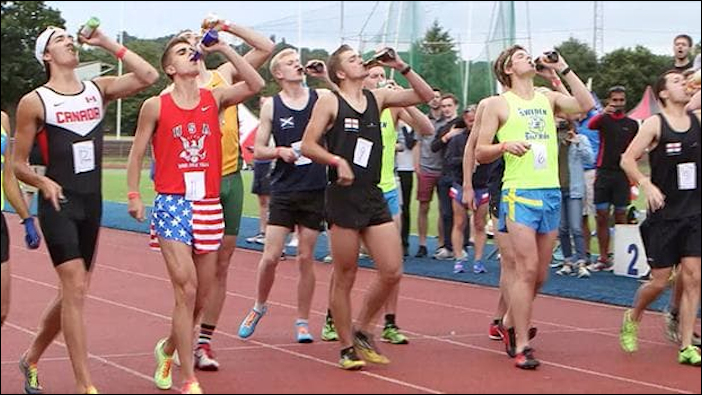 Alcohol has a strong link with sport, be it with sponsorship, beer consumption after a hard workout, or teams enmeshed in a culture of heavy drinking. To address what is known—and not known—about the impact of alcohol on athletic performance, members of Professionals In Nutrition for Exercise and Sport (PINES; www.PINESNutrition.org) organized a session at the American College of Sports Medicine (ACSM) 2018 Annual Meeting in Minneapolis. Respected researchers answered questions runners commonly ask regarding alcohol and athletic performance. Here’s what you might want to know.

What effect does a big night of drinking have on sport performance the next day?

Dr. Louise Burke, Head of Sports Nutrition for the Australian Institute of Sport, reported heavy drinking is common after many athletic events. For example, research with rugby players suggests they consumed an average of 13 units* of alcohol post-game , with a range of 1 to 30 units (<1 to 22 beers). No surprise, this high alcohol intake impaired their aerobic performance. Other studies have reported athletes were less able to do repeat sprints (think soccer, hockey) and jumps (volleyball, basketball).

What does heavy post-exercise alcohol intake do to rehydration and refueling goals?

Dr. Ron Maughan, visiting professor at St. Andrew's University, acknowledged a modest amount of alcohol, consumed along with a balanced meal, is unlikely to have a negative impact. Alcohol impairs glycogen resynthesis only a little bit. But in the real world of sports drinking, runners who drink a lot tend to make high fat food choices—and that can hinder optimal muscle glycogen replenishment a lot! Enjoying a good meal before starting to drink is probably a good idea.

Alcohol is a diuretic. One unit (10 g) of alcohol stimulates the formation of 100 ml of excess urine. However, the alcohol content of beer is low—and beer has a lot of water. Dehydrated runners can effectively rehydrate with beer. Whiskey and other spirits, however, cause more water loss than they contribute.

What impact does pre-exercise alcohol have on heat tolerance and dehydration during exercise?

According to research presented by Dr. Doug Casa, professor at the University of Connecticut, pre-exercise alcohol contributes to slower running across a wide range of distances. Anecdotes, more so than much-needed research, link pre-event alcohol with poor sleep, under-hydration, reduced heat tolerance, and decreased mental function. Dr. Casa reported that one year at a major summer road race, about 20 to 25 runners experienced heat injuries. The common denominator among those heat-stricken runners was pre-event alcohol consumption. Think before your drink excessive alcohol before an event—especially in the summer heat!

What does heavy alcohol after exercise do to weight and body-fat goals?

Dr. Barry Braun, professor at Colorado State University, said for most runners, alcohol is a source of unwanted calories. For example, just five Heineken Light Beers add 500 calories—and that's not counting the pepperoni pizza or nachos that you can easily overeat when alcohol lowers your inhibitions.

What effect does heavy post-exercise alcohol intake have on muscle recovery?

Dr. Stuart Phillips, professor at McMaster University, noted bad things happen during runs and good things happens during recovery when you rehydrate, refuel, and repair (by consuming protein) your muscles. Adding alcohol to the recovery diet slows down muscle repair, protein synthesis, and adaptation processes. Hence, heavy alcohol intake is not on Phillips' list ofbest recovery practices for runners to follow! Yet, he doesn't begrudge anyone a glass or two of wine. Moderation is the key word.

What does heavy alcohol intake do to sleep?

Dr. Shona Halson, Senior Physiologist at the Australia Institute of Sport, reports that alcohol might help you fall asleep faster, but it disrupts your sleep cycles so you get less restorative sleep. Alcohol alters body temperature, which can affect how well you sleep. It also aggravates snoring (due to relaxed muscles and a lower breathing rate), so your bed partner also gets sleep deprived. Plus, you have to get up to go to the bathroom more often in the middle of the night. None of this will enhance your athletic performance.

What does heavy alcohol intake after exercise do to muscle soreness, injury, and inflammation?

Matthew Barnes of Massey University in New Zealand noted when athletes perform exercise to which they are accustomed, alcohol's negative effects are less pronounced compared to doing a new form of exercise. For example, after getting battered up in a game, a 200-lb rugby player who is experienced with both sport and drinking could consume perhaps 20 standard drinks and still effectively perform a vertical jump! As for inflammation, runners who are conditioned to both their sport and to drinking alcohol do not have a significant inflammatory response. But, if you are a weekend warrior, watch out...

Indeed, more research would be very helpful, but few research institutions approve studies that involve alcohol + heat. The alternative is to study athletes who have already been drinking. For example, they can track the number of runners in the medical tent who consumed alcohol the night before the race.

Any words of wisdom?

When asked, Is beer good for runners?, running legend Jim Fixx's answer was “Sure, if it's the other guy drinking it." If you stay sober, you can take advantage of other runners' poor judgment! 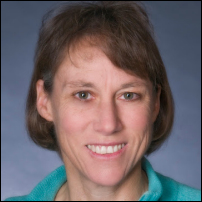 Nancy Clark, MS, RD counsels both casual and competitive athletes at her office in Newton, MA (617-795-1875). Her best selling Sports Nutrition Guidebook and Food Guide for Marathonersoffer additional information. They are available at www.NancyClarkRD.com. Her online workshop, www.NutritionSportsExerciseCEUs.com is popular with health professionals and athletes alike.