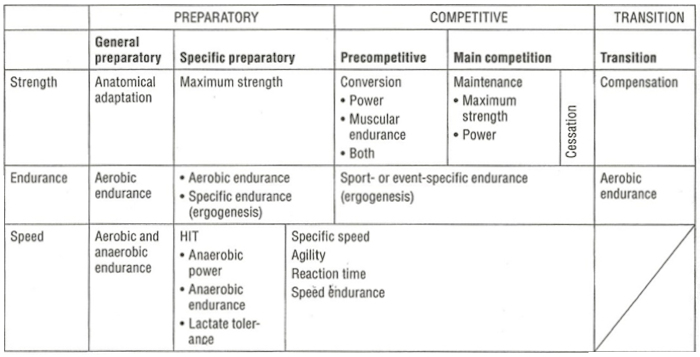 One of the great challenges in a post-collegiate career is that the concept of “seasons” gets blurred. No longer is there a cross country season, indoor and outdoor track season. The growth of distance running over the last 40 years now allows one to find a high-quality race almost weekly if not monthly. On the one hand, this is a great opportunity to continually test oneself against the best. In truth this reality also presents the problem of one needing to always being “on” in terms of putting forth one’s best effort. This is an unrealistic goal from both a practical and health standpoint.

In my college days, the thought in training was to train as hard as one could, every day, all the time. That was the way to succeed. While this pursuit of excellence may be applauded from a goal oriented standpoint it was unsustainable from a physical standpoint. In retrospect, it led to uneven results with both successes and unplanned failures not to mention inopportune injuries along with the frustration and disappoint they bring.

As the understanding of human physiology has evolved we now know that hard work still can produce results but it is intelligent work that gets the greater results. One of the points here is that certain patterns became known that if diligently applied could maximize one’s efforts and talent and produce results that were representative of the efforts that precede them. One component of this “intelligent work” was the application of what is called “peaking.”

Peaking means different things to different sports. For many ball sport athletes peaking is synchronous or harmonious efforts on the part of the team. Simply put, the team moves or operates as one. Two teams that immediately come to mind are the Golden State Warriors and the San Antonio Spurs. As I write, the NFL Playoffs are beginning and one of the things that will differentiate the winners from the losers is the ability of the team to truly act as a team.

A second type of “peaking” can be seen in individual sports that have an aesthetic component. Figure skating immediately comes to mind. As the 2018 Winter Olympics are a month away peaking for a figure skater involves the perfection of what are called technical components that would include the jumps, landings, coordination of the arms and body postures so as to present a performance model as close to a technical ideal as possible. Achieving this technical ideal garners the most points and ultimately the Olympic medals. No doubt one can see there is a physical component necessary to perform the jumps but there is also a timing component as one must perform a routine synchronized to music beginning and ending on cue.

In a sport such as running one has a season culminating with the terminal races or events, the championships. Usually these events have the most importance and prestige and are the goals almost all runners aim for. In one’s high school or college programs these terminal championships often define the success or failure of a season. As stated above, the post-collegiate career has effectively removed “seasons” from the schedule with championships sprinkled throughout the year. Efforts to peak for each of these championships presents a dilemma.

In order to effectively peak one needs to set some parameters and define exactly what is meant by peaking. First of all, one must be on a training plan that spans several months. For the fitness runner who routinely bangs out 5 miles daily with no speed work and no real variation the concept of peaking is unimportant. For the competitive runner, it is necessary to set aside a three to six-month period and break this time down to a series of phases. Figure 1 (from Bompa’s Periodization: Theory and Methodology of Training) is a sophisticated breakdown of a six-month training plan. The “cessation” slot on the reading right would be the time set aside for peaking.

In each of these phases one strives to accomplish certain training qualities. For example, in a six-month schedule 6-8 weeks might be dedicated to longer runs to develop a greater aerobic capacity. A second phase might be some initial test efforts to rate fitness levels and benchmark progress. Lactate threshold work, tactical running skills and speedwork all have their place in this six-month schedule. It should also be noted that injury pre-hab efforts (ie.- anatomical adaptation) and attention to recovery efforts also warrant a significant amount of time and training attention.

As the final month arrives before the “big day” one’s racing schedule becomes critically important. All efforts should be directed to maximize one’s racing energies so that one experience builds on the next. If the terminal championship is a mile run test efforts in the 800 or 1000 meters would be more in order than trying to run in a 15k. The problem with doing a 15k later in the six-month schedule of a miler is that it will disrupt training time due to the fatigue caused and the necessarily longer recovery time. If one were training for a marathon and three weeks out one wanted to race a 15k, that might not be a bad idea as a final race prep. It all depends on the goals for the terminal race.

As the final phase arrives, the peaking phase, all energies become focused on the “big” race. Some coaches use a 10-day peaking phase, others use a 7-day. Much of this is dictated by personal preference and honestly the pressures of the “real world.” Regardless on one’s choice there will be several common denominators of the chosen method.

First and foremost, there will be a reduced training load. Mileage (training volume) will be cut and so will intensity (how hard one trains). If one has been following a hard-medium-easy day-to-day training plan the peaking phase is made up almost exclusively easy days. Easy days are defined as a 65% effort. This is difficult to quantify across the board but think of a day where one essentially does an extended warm-up (ie. – 20-30 minutes) and calls it a day. If that doesn’t work for you think of a day you’d characterize with the sentiment, “I didn’t do anything today.”

For the miler or 5k runner there will be one high intensity day 3-4 days before the big day. The miler might run 2x800 at race pace, the 5ker might run a time trial mile. Get it done and let it go. The work is done for the big race. Other easy days would include a series of strides to keep one’s turnover and technique sharp, not full out but enough to keep one sharp.

Three to four days out it might be wise to get a full body massage. This will help the body clear any built-up waste in the muscles. It will be necessary to hydrate in order to flush the system which usually takes 36-48 hours before one feels “good” again. Other adjuncts such as good sleeping patterns, getting one’s spine adjusted and carbo loading have all been shown to further prepare the body for a maximal effort.

What one is trying to do here is capitalize on the rebound effect that happens with the reduced workload. For the previous 5½ months one has stressed the system so that it has become accustomed to a certain workload on a daily and weekly basis. With the reduction of that stress the energies of the body come back creating almost a hyper-rested state that allows for a maximal effort. One of my training maxims is that “insecurity overprepares.” One of the big mistakes I often see is that the coach strives for “one more workout.” One more workout dilutes the rebound effect by squandering race day energies on the practice track.

The reduced workload during the peaking phase also allows the muscles to increase their glycogen stores (energy), increase in red blood cell concentration (they carry oxygen), one’s discs will re-hydrate and a nervous system that will be rested allowing for clarity of transmission and improved control, especially important in technical events.

A final piece of this peaking puzzle is the mental preparation. At its core this should be a time of positive expectancy as opposed to one of dread. That may seem like an odd dichotomy but the reality is many athletes approach competition with dread. Throughout this six-month period it would be important that the coach has underscored the importance of the individual preparation steps along the way. This is something I called “training with intention.” The final peaking phase should be seen as the next step one has prepared for as opposed to a “new step” shrouded in uncertainty.

This time can be used to perfect one’s race day script, review the facility site plan (bathrooms, water fountains, oddities), travel itineraries and the time schedule for the race day. Basically, all these details should be reviewed and reviewed so that come the day of the “big race” all these extraneous details are second nature and one can proceed to the starting line and compete without distraction.

Peaking should be an exciting, happy time. This is the positive expectancy mentioned above. This is something to be looked forward to with a degree of anticipation. If all the work has been done there should be every reason to expect a good outcome. It is an immediate opportunity to realize one’s goals set months. Not everybody gets this opportunity.

It an effort at full disclosure what I am recommending here creates an imbalance in the personality. This creates an imbalance in the mind-body-spirit triune. Peaking is very much a “me-time” where one becomes single-minded and focused on oneself. Please realize that this may strain family or spousal relations. It therefore becomes imperative that all involved are on board with what is going to happen during this 10-day period so no disputes detract from this potentially “team” effort.

Most realize that it is childish thinking to expect to “have one’s cake and eat it too.” To attempt to continue a racing career at full bore indefinitely is an unrealistic goal that will be fraught with injuries and disappointment. For the post-collegiate athlete, local running organizations and their volunteers offer a consistently rich host of race opportunities for one to challenge one’s limits and the competition. The intelligent design and a mature set of expectations can go a long way in giving one not only a successful “big event” but also a successful season and ultimately career.

Russ Ebbets, DC is a USATF Level 3 Coach and lectures nationally on sport and health related topics. He serves as editor of Track Coach, the technical journal for USATF. He is author of the novel Supernova on the famed running program at Villanova University and the High Peaks STR8 Maps trail guide to the Adirondack 46 High Peaks. Time and Chance, the sequel to Supernova is due out in the Spring of 2018. Copies are available from PO Box 229, Union Springs, NY 13160. He can be contacted at spinedoctor229@hotmail.com