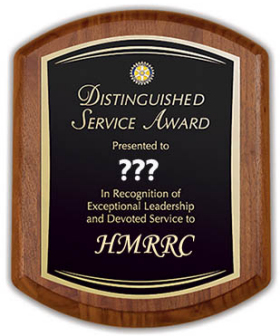 Below are the three nominees for the prestigious HMRRC Distinguished Service Award.  They are listed in alphabetical order.  In order to vote, you must attend the HMRRC Business Meeting on May 9 at 7:30 p.m. at Point of Woods Community Center in Albany.  The winner will be announced at the Distinguished Service Run on June 10, at the U at Albany Physical Education Building.  The race starts at 9:00 a.m. and the Awards ceremony about 11:30 a.m.

MEMBERS TO BE CONSIDERED FOR NOMINATION:

They are coordinators for the Just Run program’s annual cross country and track meets.  Originally they assisted with refreshments, but for the past 5 years, have ordered food/snacks and drinks for participants, sorted by school and delivered to the meet site.  They are also responsible for the distribution of the snacks during the meets.

They have assisted with refreshments at the Winter Series races for over five years.  While Jackie has assisted with distribution, Ed, when not running, has served as a course marshal for those events.  They also assisted at the CDPHP Workforce Team Challenge as course marshals for the last 15 years, and as distributors of Team Captain packets on the Wednesday before the event for several years.  Jackie now assists with refreshments on the plaza.

Pat has been the Race Director for the Anniversary Run for over 25 years.

He also was a start line coordinator for the CDPHP Workforce Team Challenge and a course director for the Winter Marathon for 15 years as well as assisting at many other HMRRC races.

He is currently a finish line coordinator for the Just Run program since the inception of the two annual events.

Barbara has been a HMRRC liaison with USATF for purposes of securing sanctions and insuring events.   From 2013 to the present Barbara completed all of the necessary paperwork for securing insurance through USATF and prepared and submitted the necessary documentation required by municipalities or other organizations.

She is also a Mohawk Hudson River Marathon Administrative Assistant. Barbara works closely with Race Director Maureen Cox in preparing the necessary paperwork, communicating with suppliers, and otherwise assuming many of the clerical and administrative responsibilities associated with this important race. Her success in this role has been the impetus for our securing an administrative assistant for other club events.

Barbara has assisted other HMRRC races and had been an HMRRC photography coordinator for The Pace Setter for many years.