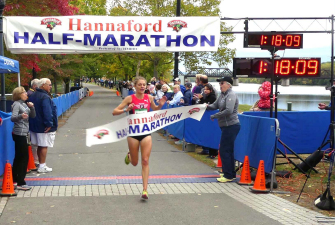 Other than the delightful smell of autumn in the air, intense excitement can be felt in anticipation of this year’s Mohawk Hudson River Marathon and Half Marathon. It would seem that last year’s thrilling day would be hard to top but this year’s, may equal or surpass it. In 2016 the top three finishers demolished the marathon record set in 1984 by Dale Keenan of 2:20.59. This year the Half Marathon promises to be the eye of the hurricane with old records potentially being broken and new ones emerging. It will be a veritable clash of the titans. The excitement continues!

Last year, Tyler Andrews, 26, of Arlington, Virginia, had a sizzling marathon finish of 2:15.52 followed by former Niskayuna High School star, Louis Serafini, who also smashed Dale’s record by over three minutes. This year these two racing phenoms will face each other in a duel for the Half that could result in history being made on October 8, 2017. In addition, there are two other talented local entrants adding high octane to the Half. 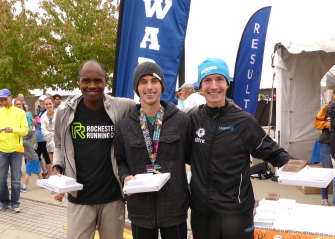 Tyler Andrews is coming to this race with incredible credentials. He is in the Guinness Book of World Records for his half marathon time on a treadmill of 1:03:38. On this device, he displayed his mastery of negative splits where he runs faster miles at the end rather than at the beginning. His body instinctively ramps it up. This year he finished Second at the 50K World Championships in Doha, Qatar, in 2:56:04; he was the top American in the very competitive 2017 Lake Biwa Marathon in Japan; and he won the 2017 Vermont City Marathon in 2:19:41 beating his 2014 winning time of 2:20:27. He is running this year’s half in preparation for the US Marathon Championships, which are being held at the California International Marathon in Sacramento in December. He feels it’s a perfect way to test his fitness and competitiveness on a course for which he now has “great fondness.” He intends to run in a patient manner, trust in his training, and know that it's not going to feel great all the time, even if he’s having a good race. “You never know what's going to happen, but I am hoping we get another fast day.” Tyler is aware that in order to have a top performance, other than a lot of exercise, diet is crucial. He tries to fuel his body with “real” food while avoiding processed goodies with “poly-syllabic” ingredients although he admits he occasionally indulges in ice cream or cookies. When not running, Tyler works at the company he co-founded Strive Trips that offers service oriented programs during the summer in Peru and Kenya for high school athletes who want to train while learning about a new culture. One student wrote of the experience: “It was eye opening to see how little technology you need to live. It made me appreciate everything that I have at home and it also made me appreciate simple living.” 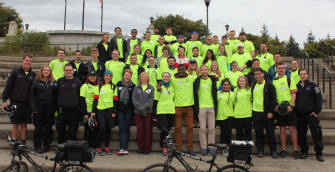 Louis Serafini, 25, now lives in Boston where he has the dream job of working as a product manager at the Heartbreak Hill Running Company that is literally on the 20-mile mark of the Boston Marathon. His running credentials are awesome demonstrating amazing abilities at all distances. While at Niskayuna high school he ran a 4:13:61 1,600 meters; and his 3K time never went below 8:57. At Boston College, he did 14:39 5,000 meters on a track as well as an 8K time of 24:30. After running events at Boston College, the team was treated with omelets starting Lou on a lifetime love of eggs as a diet staple. At college they would joke that they would have eggs after a long run and beer after a long day. Lou’s other records are also impressive. Most recently he won the Friday Night Lights 10K in 29:25, the Chelmsford 2 miler in 8:53, the Harpoon 5 miler in 23:30, and the New Bedford Half Marathon in 66:20. He set personal bests (PBs) on the track this year of 3K in 8:02, 5K in 13:54, and 10K in 28:59. In 2015, he ran the MHR Half Marathon crushing the previous record with a lightning time of 65:48. His love of the area brings him back again this year: “I try to do as many races in the Capital Region as I can.” 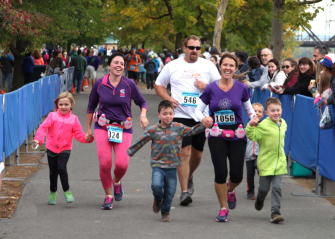 Another phenomenal runner from Niskayuna is Anthony Giuliano, 37, who has been on a roll this year. Among other races, he won the SEFCU 5k in15:50, HMRRC Hour Run, and the always pleasurable Valley Cats 5K. His PBs are the 2016 MHR Half 72:11 (which he hopes to better this year), the 2016 Stockade-athon 15K in 50:59, the 2013 Silks and Satins 5K in 15:42, and the 2008 Memorial Mile in 4:30. When not working as a NYS Department of Health Medical Specialist, he coaches other runners and follows a tight exercise regime. His diet is varied but he does not drink much alcohol and attributes this to much of his success. He admits to craving desserts and treats himself to a black and white cookie from Bella Napoli in Latham the night before a race. 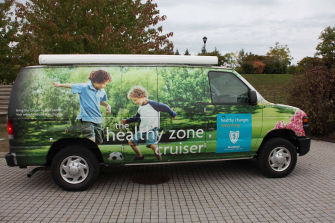 Last year at the Half Marathon, Samantha Roecker, a former Burnt Hills track star, shattered the record by over nine minutes in 1:08:09. She is now focusing on marathons leaving the field open for Diana Tobon-Knobloch of Niskayuna to give it her best. Diana has been on the comeback trail in 2017 after giving birth to twins in October 2016. She is a prior top finisher with a 4th place in the 2014 Mohawk Hudson River Half in a PB time of 1:27:28. Her times have been steadily progressing and she recently ran 19:45 for 5k at Malta, close to her to personal best of 19:34.

Interestingly, in the Marathon, there is a chance that the long standing record of 34 years that was demolished in 2016 could be erased again by Kiplanget Tisia, 27, who was the third person to break the record. Tisia was born in Kenya’s Rift Valley and now resides in Rochester, NY. He has won two consecutive Buffalo Marathons, three straight Flower City Half Marathons, and top honors at numerous Rochester area road races. Andrew Dionne, 28, of Syracuse came in 2nd at the 2015 MHR Marathon in 2:29:19. Richard Messenio, 28, of Albany is a MHR Marathon pro with a PR of 2:37. Dana Ostrander Bush, 39, a Shenendehowa High School star and past Stockade-athon champion came in third last year in 3:00:36. Karen Dolge, 47, of Valatie did the 2016 Wineglass Marathon in a strong 3:07:33.

This year’s Half Marathon is where the adrenaline is flowing and the nail biting begins. Will Tyler Andrews be able to set the course record thus being in the rare position of having set both the Marathon and Half Marathon records for the HMRRC’s major event, and in addition consecutively? Will Lou Serafini surpass his own record in the Half Marathon and be tied for winning the Half Marathon the most times? Will more than one person beat the current marathon record as happened last year? The possibilities are mind boggling. Tyler Andrews has this to say about the race: “The record that stands in the half marathon was set by Louis Serafini who is a fantastically talented runner (he's run much faster than I have at shorter distances), so it won't be an easy record to break… Whatever happens, it'll be a great race.” You can say that again!! For results, you can monitor it on MohawkHudsonMarathon.com or go to the race itself. In the meantime, stop biting your nails!! 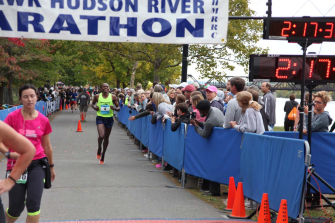 Mile Markers: For the past two years, BlueShield of Northeastern, NY, has generously bought 24 miles of Mile Marker signs to promote healthy activities with the last two miles of the course once again being covered by the Albany Running Exchange (ARE) and Team Utopia, clubs that welcome runners from beginners to pro. When the runners see the ARE sign at Mile 25, they smile: “Keep It FRun. You’re Almost Done!”; and when the Team Utopia sign looms ahead at mile 26, they breathe a sigh of relief, “Utopia in 385 yards!” 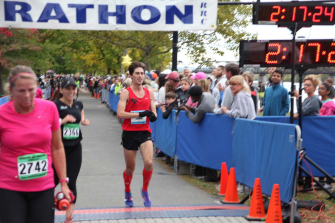 The Course: For the Marathon the course starts at Central Park, Schenectady, and wends its way to Jennings Landing at the Corning Preserve in Albany. The Half Marathon starts in the middle at Colonie Town Park. Both races begin promptly at 8 a.m. Runners’ World has listed the course as one of the “Top Ten Fastest Marathons” saying this about it, “An impressive 30 percent of Mohawk Hudson’s field typically qualifies for Boston. Runners moon over its consistent weather, 370-foot net elevation loss (which could save you 1:53, according to ARRS), and unique “trail” cred. Much of the course follows a paved path that parallels the Mohawk and Hudson Rivers’ gradual descent, meaning no tangents to navigate, no banked roads to curse.”