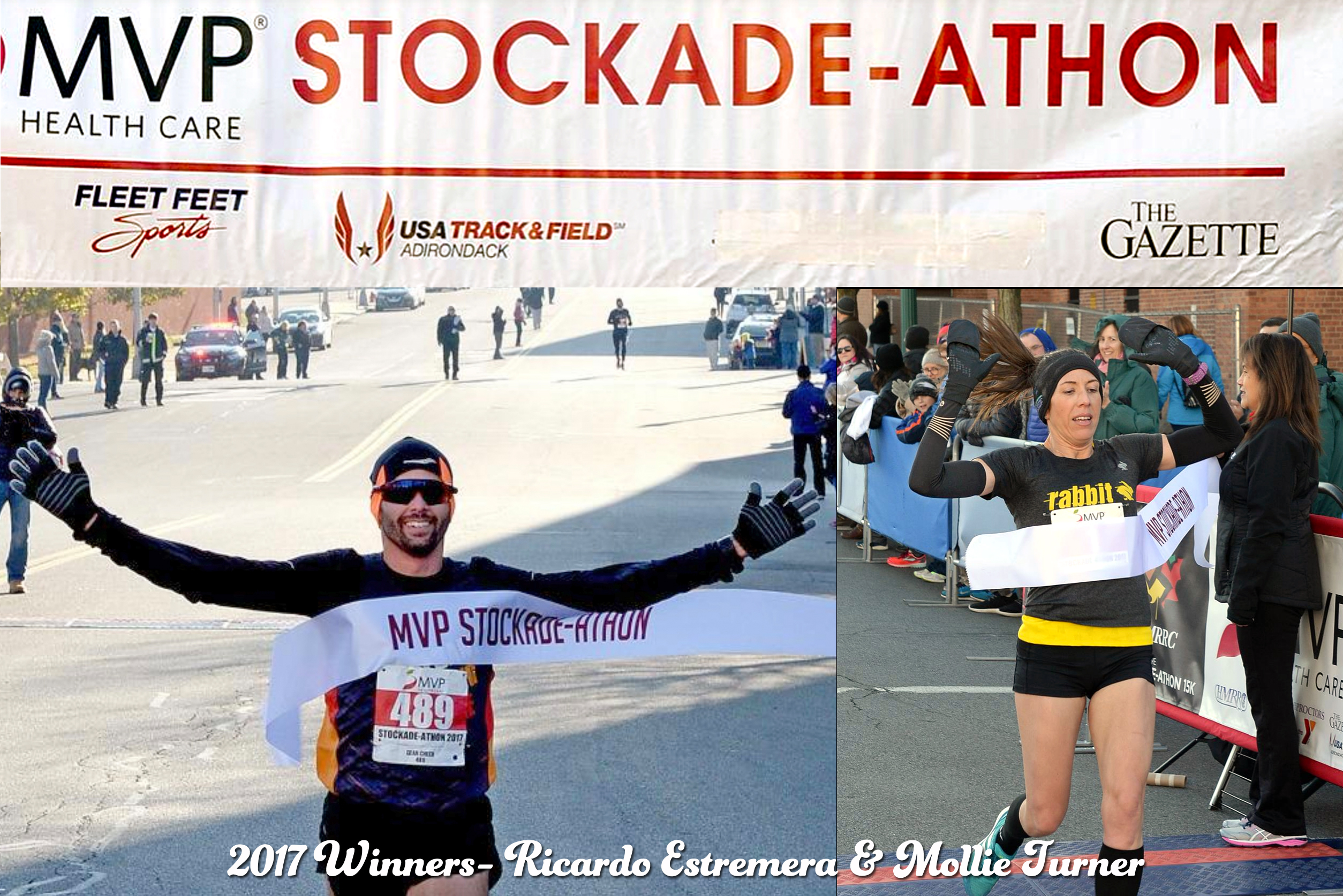 From the very beginning Ricardo Estremera, 31, and Matt Brooker, 27, dominated the race and were significantly in the lead. When one would surge, the other followed. Each 5K point was run faster than the one before by it! It was not until the last mile that Ricardo Estremera charged ahead of Matt Brooker winning by 17 seconds. For the women, Mollie Turner, 37, bettered her 2016 third place performance by coming in first in 56:44 while Christie MacFarlane, 23, coming in second in 58:45.

Both the Daily Gazette and Times Union gave great coverage of the event. Clicking on the links below will take you to their excellent articles and numerous pictures. Soon our photo editor and chief photographer, Bill Meehan, will supplement them with hundreds of pictures taken by HMRRC club members from all over the course. Check back for updates!!