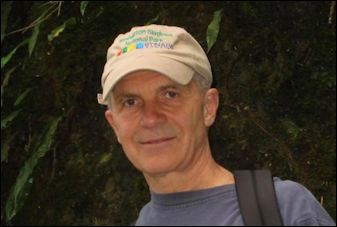 I’ve been HMRRC president three times. The first time was in 1984-85. Financially, in those days we were hand-to-mouth. The most pressing financial issue was, “should we raise the dues?” We did, from $8 to $12, where it’s remained at that amount ever since!

The club’s financial concerns these days are quite different. As mentioned in my column a few months ago, the club now possesses considerable financial resources and the issue is not how we can raise money but how we can best spend it to benefit our members and to satisfy our broader charitable purpose. It’s an issue we’ve been grappling with for awhile. HMRRC is a 501(c)(3) charitable organization under the Internal Revenue Code.

In 2010, when we concluded that the over $200,000 we had in the bank was more than we might need for other expenses; we introduced both our “Ten Free” Program and our Grants Program. The former is the program under which club members can participate in specific club events without paying an entry fee. In 2017, we had thirteen free races, but plan to drop the three “Summer Series” events because of poor participation. The grants program provides financial support to organizations that “benefit all runners.” Through different categories of the grants program, we’ve provided support for new races just getting started, equipment for other running clubs provided that their membership is open to all, and development funds for municipal undertakings like rail trail development, park improvements, and the like.

In 2010, we started our Just Run program. This program supports primary school running programs. We provide financial support to teachers who oversee the implementation of the program in their schools and t-shirts to the kids who participate. We also put on a track meet in the spring and a cross-country meet in the fall for the participating schools. In spring 2017, 27 schools and almost 2,000 kids participated. The fall sessions were slightly smaller, as is usual, with 21 schools and approximately 700 kids.

The budget for the grants program in 2017 was $20,000. Another $45,000 was spent on the Just Run program. Add to those two programs the $18,000 budgeted for Shrader scholarships awarded to six high school seniors, three male and three female. In total the club spends approximately $83,000 for programs that are not races.

These increased expenditures have had no impact on that cash cushion. In fact, the club’s financial resources have grown. We now have over $400,000. in the bank. The financial success of the Workforce Team Challenge and the Mohawk Hudson River Marathon and Hannaford Half Marathon have contributed significantly to this amount, but so too has sound financial management on the part of our race directors at all levels. Many of our races turn modest profits. For races that have no fee for members, race directors keep projected losses within budgeted parameters.

Because of our success, for 2017, we added two additional expenses to our budget: $9,000 for cash prizes for HMRRC Grand Prix winners and $25,000 for an administrative assistant to help our race directors with their jobs. Significantly, our race directors are all volunteers who put in long hours without compensation. Consequently, we agreed that anything we could do to reduce their workloads was worthwhile. In addition, it is important to emphasize that it is the club’s members who makes these financial decisions. All of the programs outlined above were discussed and voted upon at club meetings. Club meetings are held at 7:30 PM on the second Wednesday of each month at the Point of Woods Community Center. They are open to all members. Typically, proposals for major additions to the club’s budget are presented in writing before meetings. Most are included within the club’s draft budget prepared in November and voted upon in December, but proposals can be submitted at any time, subject to our bylaws’ requirement that any proposed expenditure of $1,000 or more must be presented at one club meeting and voted upon at a subsequent meeting.

In our December 2017 meeting and in future meetings in 2018, the club will discuss ways to manage our surplus. Topics to be discussed will include what constitutes a reasonable financial reserve is for HMRRC. If our resources exceed that reserve, what policies or programs should be instituted that may reduce that surplus? Should race directors be compensated? Should new programs be adopted that advance running in the broader community? Should our existing programs be expanded?

We strongly urge members to attend our meetings and offer suggestions. Don’t sit on the sidelines and complain about what the club does or doesn’t do if you can’t be troubled to show up at a meeting. It’s your club, and you can help formulate policies that benefit all members.